Help for a Previously Untreatable Disease 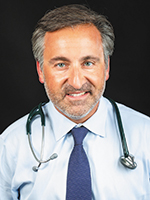 Amyloidosis is one of those conditions that tend to show up on medical board exams--intriguing, thought to be rare, and until recently, essentially untreatable.

However, advances in imaging and DNA testing are showing that this disorder of misfolded proteins accumulating in a waxy precipitate between cells is all too common.

When the only thing physicians can do about a disease is give patients the bad news, it's understandable that they may not want to spend a lot of time thinking about it. But now that Tafamidine chemotherapy has been approved to slow progression of cardiovascular amyloidosis, earlier diagnosis could be a game change.

"A cardiologist is often the first to make the diagnosis when the unique image of cardiac amyloidosis shows up on the MRI of a patient experiencing symptoms of heart failure or an unexplained thickening of the heart wall," cardiology imaging specialist David Fieno, MD, PhD of Heart South Cardiovascular Group said. By that time, it's almost like finding that you have stage four pancreatic cancer. The five-year survival rate is only around 25 percent."

The familial type of amyloidosis comes from a TTY mutation that can be detected in a simple saliva DNA test. It no longer requires a biopsy of the heart or other tissue to confirm the diagnosis.

"Identifying family clusters is important," Fieno said. "We could help more patients get the right treatment earlier to slow down progression. Amyloidosis hasn't been something that often comes to mind, and anyone can miss it. But we have to remember that just because a patient with heart failure has hypertension, that doesn't mean they can't also have amyloidosis.

The "wild" type of amyloidosis is associated with aging. In people age 90 and above, it has been found in 25 percent of the population tested. As in Alzheimer's Disease, protein residue accumulates and becomes worse over decades. By the time it shows up in the heart, it can be causing symptoms and diminishing function throughout the body.

"Older adults with amyloidosis have a lot of somatic pain and an overall reduction in function," Fieno said "There can be eye and visceral issues as well as kidney, liver and neurological effects, including depression and anxiety. Urinary dysfunction and autonomic neuropathy disregulation can occur early. Bilateral carpal tunnel syndrome can be the first indication that we should take a closer look. We may also see a diastolic dysfunction with stiffening heart tissues. Amyloidosis is being found so frequently in patients with valve problems that some research centers have begun testing all patients undergoing aortic valve replacement or being treated for certain other valve issues. As of now, the test is positive in roughly one out of four patients."

When amyloidosis is diagnosed, the next step is a blood test to rule out multiple myeloma.

"There is a form of amyloidosis associated with multiple myeloma that would not be a candidate for the same chemotherapy," Fieno said. "It is treated with the usual oncology protocols.

"When I was about to write my first prescription for Tafamidine chemotherapy to treat a patient with cardiac amyloidosis, I sat there thinking a while. Chemotherapy to treat a failing heart was new for me. I called an oncologist friend to ask for advice on whether I was doing the right thing, but it was a whole new world for him, too.

"I wrote the prescription. Without it, the patient would be facing a 75 percent chance of five-year mortality. With it, I could offer him a chance for more time and more years with better quality of life.

"The treatment seems to be effective in slowing progression. Patients who received it are showing a noticeably slower decline in the six-minute walk test. They are getting around better for longer."

"It seems to be seriously underdiagnosed," he said. "We need to be screening relatives of patients and anyone with unexplained thickening of the heart wall and other symptoms. Now when we detect amyloidosis, there is something we can do about it."