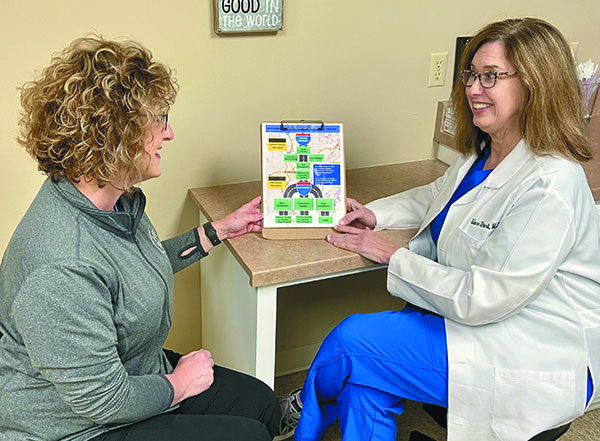 More than 37 million American adults suffer from overactive bladder and nearly 18 million have bowel incontinence. About 45 percent of these people will not seek treatment and many stop using medicines because of side effects or unsatisfactory results.

Many of these sufferers may be unaware that there has been an effective treatment used by physicians since 1997. The Medtronic Interstim system, now on version InterStim II, delivers sacral neuromodulation therapy to treat overactive bladder, fecal incontinence, unobstructive urinary retention, and urinary urge incontinence.

"The InterStim Micro can correct a communication problem between the brain and bladder or bowel that may cause symptoms that are embarrassing and can compromise a person's lifestyle," says Glori Short, MD, an Obstetrics & Gynecology physician practicing at Henderson & Walton Women's Center. "Because many people don't know about the InterStim Micro, they are not able to take advantage of its benefits. We want to tell patients and physicians about this treatment and how it can change people's lives."

The InterStim therapy sends mild electrical pulses to the sacral nerves, which are located near the tailbone. The sacral nerves control the muscles related to urinary function. If the brain and sacral nerves don't communicate correctly, the nerves can't tell the bladder to function properly. That can lead to symptoms of overactive bladder.

Short has treated incontinent men and women with the InterStim since 2009. "I look at a patient's symptoms and how they have been addressed, such as lifestyle changes and first-line therapy that might control their symptoms," she says. "I also do an exam to help evaluate the cause of the problem. When a woman says she is leaking urine, there are a lot of different types of leaking - urgency or activity-induced or both. There is no medicine or one procedure that can meet both needs."

Short has done hundreds of these procedures which require an implant under the skin. She says she usually sees at least 75 percent improvement in those patients. Test simulation of the InterStim therapy allows the patient to temporarily see if it helps symptoms before getting the implant. Patients generally know within five to seven days if the device works for them. "As a surgeon, I don't know of any other procedure where you get a trial run before you do the surgery to make sure it meets the patient's needs," Short says. "In that regard, I always tell patients that they don't have anything to lose because in the worst-case scenario, they will be same as before.'"

Many physicians have learned to implant the device, but the therapy has not been widely advertised to the public or to physicians. "As a result, many patients haven't had the opportunity to take advantage of a treatment that could change their lives," says Short, who has performed hundreds of these procedures. "When I evaluate patients and they meet the qualifications, the conversion rate going from the testing phase and the implant phase is 99 percent. Once the device is implanted in the patient, we see about 85 percent improvement."

Patients are not required to be put to sleep during the implant procedure, and the test procedure can be performed in the doctor's office or in an outpatient setting. If a patient no longer wants the device for some reason, the InterStim therapy can be removed. "Not too many things are truly permanent. In that case, there are other options for the patient that includes Botox or peripheral nerve stimulation to the ankle, both of which have their own risks, benefits and success rates," Short says.

Short's goal for each of her patients is improved quality of life. "This procedure adds a wonderful opportunity for patients who meet the qualifications," she says. "Incontinence is so emotionally, physically and financially draining on people. The InterStim Micro gives positive results, and it gives hope."