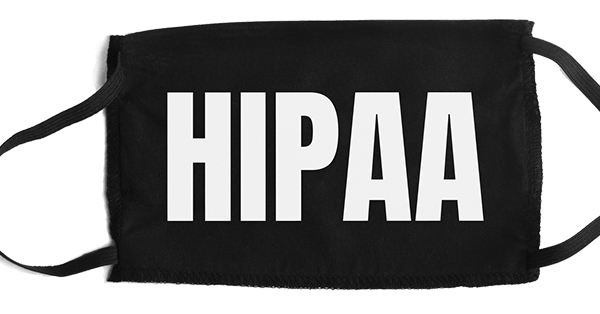 On December 10, 2020, the Office for Civil Rights (OCR) at the United States Department of Health and Human Services (HHS) announced proposed changes to the regulations implementing the Health Insurance Portability and Accountability Act of 1996 (HIPAA). The proposed changes, which are set out in the Notice of Proposed Rulemaking (NPRM), are a part of the broader initiative to promote value-based care, enable better coordination among healthcare providers, and facilitate patient autonomy and engagement. This article discusses some of the proposed changes and recent updates contained in the NPRM.

One of the primary goals of the NPRM is to increase patients' access to their protected health information (PHI) and enhance individuals' engagement in their healthcare decisions. Accordingly, there are several proposed changes within the NPRM that are designed to facilitate this goal.

If an individual from California was involved in an automobile accident in Virginia, and is being treated by a variety of specialists, orthopedists, neurologists, physical therapists in Virginia, the individual can send a request to one of the treating doctors in Virginia to obtain an electronic copy of the individual's records from their primary care physician in California to assist the Virginia treating physicians in providing care to the individual. The Virginia doctor would be required to forward the request within 15 days and the California doctor would be required to respond to the request within 15 days.

This change would allow patients to exercise autonomy and better control the sharing of their information, and it would further facilitate coordinated care, which is a primary goal of OCR.

Another key theme found in the NPRM is expanded permission to disclose PHI in certain circumstances. For example, the proposed rule changes would allow covered entities to disclose PHI in circumstances where individuals are experiencing an emergency or health crisis. The current standard for disclosure of PHI in an emergency or health crisis is based on the covered entity's professional judgment. The proposed modification relaxes this standard slightly in that it would allow a covered entity to disclose PHI in an emergency situation or health crisis when the covered entity has a good faith belief that the disclosure is in the best interest of the individual. A good faith belief could be based either on direct knowledge of relevant facts or representations by a person who can reasonably be expected to know relevant facts. Mental illness and substance abuse crises are included in the types of crises for which a disclosure of PHI would be allowed.

In addition, under the proposed rules, covered entities would be allowed to disclose PHI to prevent a threat to health or safety when the threat is "serious and reasonably foreseeable." The current standard is considerably more stringent in that it allows the disclosure of PHI to avert a threat to health or safety only when the threat is "serious and imminent." This proposed change would hopefully empower covered entities to disclose PHI in situations where harm is likely without being fearful of HIPAA penalties because the harm was not imminent.

On March 9, 2021, OCR announced that the public comment period for the NPRM would be extended from its original deadline of March 22, 2021, to May 6, 2021. The NPRM contains an extensive number of proposed changes that span over 300 pages. While HHS has stated that the proposed modifications support the Department's Regulatory Sprint to Coordinated Care, the proposed changes do present some concerns among stakeholders. Accordingly, all stakeholders are encouraged to participate in the public comment and feedback process and now have until May 6th to do so.

While these are currently only proposed rules, we would expect to see some of these "increases" implemented through final rulemaking.