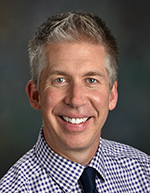 Heart failure (HF) continues to rise alongside an aging population. The American Heart Association notes that an estimated 6.2 million Americans over 20 years of age had HF between 2013 and 2016, compared with 5.7 million between 2009 and 2012, with approximately half of hospitalized heart failure events characterized by reduced ejection refraction (HFrEF).

To optimize heart failure treatment, the American College of Cardiology (ACC), along with the American Heart Association, published a heart failure clinical practice guideline in 2013 with an update four years later. However, since that last update, which was titled The Expert Consensus Decision Pathway for Optimization of Heart Failure, new therapies for HFrEF have emerged. In light of this, the ACC has just published a new update, including details on new drugs that have a demonstrable impact on hospital readmissions, mortality and disease progression.

"The last five years has seen an explosion of new pharmaceutical targets for heart failure, which is great but dizzying if you're trying to quarterback a patient's care," said Thomas Maddox, MD, FACC, who chaired the writing committee for 2021 Update, which highlights the use of two newer therapeutics for HFrEF.

"Both molecules primarily exert their impact via relaxation of the relative blood pressure and improvement in the efficiency of cardiac function. We learned that the combination of these two molecules reduced heart failure readmissions and morality by 20 percent compared to the ACE Inhibitors, which was the previous standard of care."

The second significant recommendation in the update is to incorporate a sodium-glucose cotransporter-2 (SGLT2) inhibitor, which is a molecule that blocks the kidney from absorbing both sodium and glucose.

The mechanism behind SGLT2 inhibitors is that patients urinate out glucose and sodium, which is why this particular therapeutic got its start in the diabetic patient population. However, clinicians also observed better heart failure control in patients with both diabetes and heart failure.

"Barring a contraindication, I can't see a reason not to use a SGLT2 inhibitor in HFrEF patients," Maddox said. "We just have such good evidence on this. If I had a new heart failure patient not already on a treatment regimen, I would get them on a beta blocker, ARNI, aldosterone antagonist and a SGLT2."

The new update also provides guidance on 10 critical issues from how to initiate, add or switch to new evidence-based therapies for HFrEF and how to address challenges of care coordination to ways to improve medication adherence and how to help patients with access to medications.

"The high price tag on newer therapies remains an initial barrier for many patients," Maddox said. "However, there are a variety of strategies now to try to knock costs down with apps like GoodRx and financial assistance programs from manufacturers."

To fully explore the 2021 Update to the 2017 Expert Consensus Decision Pathway for Optimization of Heart Failure, go to the Journal of the American College of Cardiology (jacc.org) and do a search for '2021 HFrEF Update' or go online to BirminghamMedicalNews.com, for a link to the pdf.

The TreatHF app is available through both the App Store for Apple and Google Play. There is also a web version available through the American College of Cardiology site. For more information, go to the "Tools and Practice Support" tab on the ACC.org homepage and click on 'Mobile and Web Apps' to access this and other interactive tools.