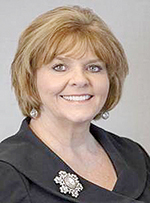 Hindman obtained her bachelor's degree in nursing from Mississippi University for Women and master's degree from Faulkner University. She previously served on the Nursing Board Selection Committee of Bevill State Community College and the Birmingham Regional Emergency Medical Services System Board.

Chilton Medical Associates has named Barry Rowe as the Practice Administrator. With over 30 years of healthcare experience, Rowe joins the practice after serving as Director of Operations for American Family Care Urgent Care.

Grandview Selected as One of 10 Nationwide Recipients

Keith Granger has announced his retirement from his role as CHSPSC President of Region 1, which includes hospitals in Alabama, Georgia and the Florida panhandle, at the end of 2020. Prior to this position, Granger served as CEO of Flowers Hospital in Dothan and Grandview Medical Center in Birmingham.

Erin Shaughnessy, MD has been named director of the division of Pediatric Hospital Medicine at the University of Alabama at Birmingham and Children's of Alabama where she succeeds former division director Robert Pass, MD.

Jason Biddy, MBA, CMPE, the CEO of Urology Centers of Alabama, has been elected to serve as President of Alabama Medical Group Management Association (MGMA).

Mark Parker, MD, FACS has been elected to serve as President of the Alabama Chapter of the American College of Surgeons.

Beau Grantier, MD has joined Southlake Orthopaedics and is seeing patients at the Grandview office. Grantier specializes in Sports Medicine non-surgical and is a member of the American Medical Society for Sports Medicine.

Type 1 diabetes (T1D) results when the body's immune cells attack and destroy the beta cells of the pancreas that produce insulin. Researchers have long tried to unravel the signaling that provokes this attack.