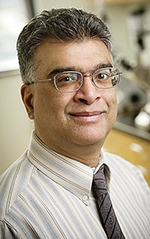 Type 1 diabetes (T1D) results when the body's immune cells attack and destroy the beta cells of the pancreas that produce insulin. Researchers have long tried to unravel the signaling that provokes this attack.

In a study published in JCI Insight, Sasanka Ramanadham, PhD and colleagues at the University of Alabama at Birmingham have identified a proinflammatory lipid profile that precedes development of T1D in a mouse model and in children under the age 15 who are at high risk for T1D. This finding may identify candidate lipid therapeutic targets to prevent T1D.

Phospholipase A2 (PLA2) enzymes can release a free fatty acid from glycerophospholipids. When the free fatty acid is arachidonic acid, it can be metabolized by several other enzyme classes to produce oxidized bioactive lipids, including some potent inflammatory eicosanoids.

One of the phospholipase A2 enzymes is a calcium-independent phospholipase A2, designated iPLA2-beta. Its activation promotes poor outcomes in experimental and clinical diabetes. Ramanadham and others have shown that iPLA2-beta participates in apoptosis of beta cells, modulating inflammatory polarization of macrophages, and promoting T-cell immune responses.

"In light of these observations," said Ramanadham, a professor in the UAB Department of Cell, Developmental and Integrative Biology, "we used lipidomics to gain insight into the lipidome associated with T1D development in spontaneous-T1D-prone non-obese diabetic mice (NOD mice) and in humans at high risk for developing T1D."

Female NOD mice show a progression of T1D, and an inhibitor can show the importance of iPLA2-beta on T1D development. About 80 to 90 percent of NOD mice become diabetic by 25 to 30 weeks of age; but if the iPLA2-beta inhibitor FKGK18 is given to the mice, starting at 10 days, only 10 to 15 percent of the NOD mice develop diabetes. But if the inhibitor was started later, at four or eight weeks, the researchers saw that about 60 or 80 percent, respectively, of the mice developed diabetes.

"These findings," Ramanadham said, "suggest that iPLA2-beta-derived lipids contribute to T1D onset, and they identify select lipids that could be targeted for therapeutics and -- in conjunction with autoantibodies -- serve as early biomarkers of pre-T1D."

Bradford Health Services is expanding of its services in Alabama with the launch of the Bradford Clinic, a new program with outpatient centers that combine Bradford's counseling with Medication-Assisted Treatment (MAT).

Marie-Carmelle Elie, MD has been named chair of the Department of Emergency Medicine at the UAB School of Medicine

Forbes named Birmingham-based Kassouf & Co one of the top firms of 2021 in their annual America's Best Tax and Accounting firms list.

Heather Williams has the UCA Women's Center as a Board-Certified Adult-Gerontology and Women's Health Nurse Practitioner.

Recently, an international study by the MiBioGen consortium, an international collaboration involving more than 20 labs across the world, analyzed the common genetic factors that influence the composition of the human gut microbiome in more than 18,000 people.

UAB has opened a new urgent care orthopaedic clinic, which is run by the Department of Orthopaedic Surgery and located at UAB Highlands Hospital.

UAB Medicine Listed Among Most Wired Hospitals for 2020

In 2020, for the seventh consecutive year, UAB Medicine has been named one of HealthCare's Most Wired by the College of Healthcare Information Management Executives (CHIME).

Ariel Salas, MD, MSPH, assistant professor in the Department of Pediatrics at UAB, has been awarded a $777,384 grant