Is It Time for Healthcare Professionals to Rate Insurance Companies? 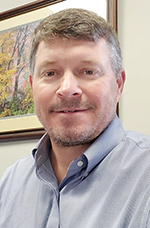 "Most people know more about their car insurance than their health insurance," says Jerry Golden, and he wants to change that. Golden oversees five medical practices in Alabama as CEO of Forefront Medical Management and serves as administrator for Coastal Neurological Institute in Mobile with 10 neurologists and neurosurgeons.

"I think a group of medical administrators could provide a rating system of payers in Alabama to the general public," Golden says. "It would give them a rating from people who deal with the insurance companies." He has already presented the concept to the Medical Group Management Association of Alabama (MGMA), a trade organization with 765 members throughout the state.

Though not yet determined, the ratings would cover categories that influence the care of the patient, such as the length of time to achieve prior authorizations for procedures, the ease of renewing prescriptions, the likelihood of gaining approval for the medication preferred by the physician, and the difficulty of attaining diagnostic testing.

"With that kind of insight, the public could become aware of an insurer's poor rating and that would make it more difficult from them to sell policies," Golden says. This should spur improvements in the insurers' protocols.

The knowledge could be especially useful for Medicare Advantage or Medigap plan buyers, where the choice of insurance is in the hands of individuals who generally need the most medical care. Employees could also utilize the rating to influence their companies' choice of coverage.

Currently, people unknowingly choose policies from insurance companies whose protocols can inhibit their care. For instance, some payers regularly take weeks to grant authorization for MRIs and other diagnostic testing. "And they may still come back and deny it, and then you have to appeal it," Golden says, meaning a month may pass before being able to be diagnosed.

The process at various insurers for approving prescriptions can also have an unexpected and detrimental impact on patients, especially for those with chronic conditions. Most insurers require physicians to regularly request approvals on renewals of prescriptions. "Even for generic medicines that have been on the market for some time," Golden says, speaking about patients with MS and Parkinson's disease at the neurological practice. "They've been on the medicine for years or it's a maintenance drug for a chronic condition. They should not have to go through all this nonsense."

A sampling of 13 medication requests to three different insurers this year at the neurological practice Golden manages showed a time investment of the staff and physicians of at least 30 minutes up to four hours every year or six months per prescription. One insurer in September required a separate prior approval to include alcohol pads with the injectable prescription. 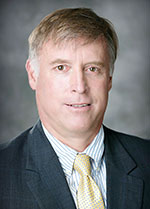 Gaining approval to perform procedures can be worse. "The prior authorization process has been a pain point for physicians and practices for years," says Mark Jackson, executive director of the Medical Association of the State of Alabama. "What I hear from my members is that the process seems to be worsening."

Insurance companies usually require a physician to call for a peer-to-peer conversation to justify a procedure if the initial paperwork request is denied. "Insurance companies want to talk directly to the physician, and the process of making that connection is often cumbersome," Jackson says. Generally, the specialist ends up in phone tag with the insurer. "And when they finally do talk to somebody, it's not a peer. The physician is trying to explain something to someone who may not be another physician." 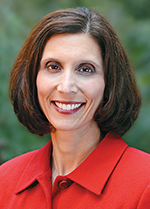 "That's a waste of time," says Lisa Warren, CEO at Andrews Sports Medicine and Orthopaedic Center. "Nine times out of 10, it is not a specialist and not in the state where we are located," she says, explaining that the standards of care can deviate within regions or states.

Recently, one of their patients was losing feeling in her foot and her ability to walk. She needed spine surgery. When the payer denied it, the neurosurgeon appealed and made the required call to the insurer's medical professional to justify the procedure. "He talked to a family practice doctor. She has zero experience and zero anatomical knowledge to deal with this conversation and the medical necessity of it," Warren says.

The neurosurgeon had to explain neuromonitoring, a common piece of equipment in neurosurgery to continuously track the integrity of the neural structures to prevent permanent or long-term nerve damage.

The payer denied the surgery and denied the neuromonitoring. "Our doctor said no spine surgeon would do this surgery without neuromonitoring, and she didn't even know what it was," Warren says. "This is the person making the judgment on whether to authorize your surgery." The only option was to write a letter and appeal again. "We were about to submit the appeal when her husband changed jobs, so she had a different insurance. Within 48 hours, we got her on the schedule."

Warren estimates that 99 percent percent of the time, her physicians seek approvals from someone not in their specialty. "Last week, we had a peer-to-peer call for a hip scope with an OB/GYN and a spine surgery with a family practice doctor. Our physician had to explain basic anatomy and the surgical procedure to him, and then it was still denied," she says.

The rating system would expose these areas of difficulty that patients would face under each insurer in the state. "I think the general public wants to know this. Because patients feel the practice or physician is the road block to their care, and we're not," Golden says. "It's the payers."