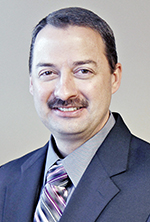 As carotid plaques thicken, narrowing the flow of blood to the brain, the risk of stroke increases. The gold standard for reducing this risk has been endarterectomy, a surgical procedure that involves a fairly substantial incision, anesthesia and recovery time.

Some patients at risk from carotid blockages aren't good candidates for open surgery due to fragile health and other conditions.

"We had hoped the development of stenting using femoral access would be the answer for these patients," Trent Howard MD, at Cardio-Thoracic Surgeons PC, said. "It's an option for some, but it requires going through the heart to get to the carotid. There's also the risk of debris breaking free. So the development of a transcarotid stenting system with a built-in filter to catch any debris so it can't cause a stroke has been a real game changer."

Transcarotid artery revascularization (TCAR) is a hybrid procedure that takes the best aspects of carotid endarterectomy surgery and stenting. Developed by Silk Road Medical, the Enroute ® stenting system requires a two-person team of a surgeon and an interventional cardiologist trained by the manufacturer to perform the procedure. 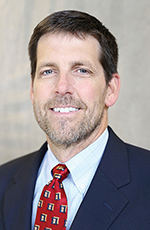 "While Dr. Howard begins accessing the carotid artery through a small incision near the clavicle, I access the femoral vein and set up a line for return flow of the filtered blood to the body," Robert Foster MD, with Birmingham Heart Clinic, said. "We use imaging and mark the screen so we can see exactly where the stent needs to go."

Howard said, "From the time the filter is inserted and the back flow of blood is directed to the femoral artery, it only takes about two and a half minutes to insert the stent and I'm ready to close. We use general anesthesia because we need patients to be absolutely still, but it is for only a short time, which is better for patients with other health problems. The incision is tiny, which requires less recovery time and leaves a smaller scar. It's a better option for diabetics and others who may be slow to heal."

Although the blood flow from one of the carotid arteries is diverted for a couple of minutes, the brain manages well. "The brain has freshly oxygenated blood flowing through the other carotid and the back of the brain as well as small vessels," Foster said. "Even if the other carotid is mostly blocked, the body has adapted to work around it with additional blood vessels. During that two and a half minutes, we work very closely with the anesthesiologist who carefully watches blood flow in the brain and adjusts blood pressure. There is a lot of talk back and forth during that time while we work as a team to quickly get the stent in place and return the carotid flow to the brain."

The procedure is done in a cath lab at Ascension St. Vincent's East, which has been specially set up as a hybrid surgical/cath lab and well equipped with imaging. Should a problem develop requiring more extensive surgery, everything is in place to change course as needed.

"Not everyone is a candidate for the transcarotid procedure," Howard said. "Both Dr. Foster and I see patients in our offices before and after the procedure. The anatomy of some patients or prior conditions and treatments may affect which option we would recommend for a particular individual. Open surgery is still the gold standard, but for the right patient, the transcarotid procedure has a lot to offer. We are excited about being able to offer it."

Foster said, "When I saw our first patient for his post procedure visit, he was very happy with the results. It only required an overnight hospital stay for observation, there was no big scar to heal, and within a few days he was back to enjoying his life."