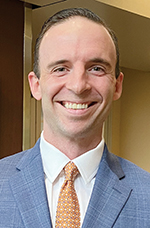 From little league to high school and on into college, making it to the big leagues is the dream of many young athletes. Unfortunately, many athletes have already had surgical scars inside their elbow by the time they reach the higher levels.

Orthopaedic surgeons specializing in sports injuries at Andrews Sports Medicine became concerned about the number of ulnar collateral ligament (UCL) tears they were seeing and wanted to study data for clues as to how these injuries might be prevented.

"What we found was a black hole," said Marcus Rothermich, MD. "There really wasn't any data available. We didn't know how many of these injuries were occurring or what the circumstances were that contributed to the problem. It was clear that this was an area where research was needed.

"We started with a survey three years ago, hoping to get enough participation from athletic directors and trainers in the Southeastern, Sunbelt and Ivy League Conferences to gain insights into the situation.

"The response blew us away. College baseball is a close knit community, and word quickly got around. I started getting emails from all over the country. By last year, which was the third year of the study, almost 100 percent of the college baseball programs in the country were participating, and we received a 100 percent response on surveys completed and returned to us. It's rare to see more than an 80 percent response, but the athletic directors and trainers understand how important it is to learn more about UCL injuries."

As the numbers came in to what has become the NCAA Baseball UCL Registry, it soon became apparent that previous estimates were considerably lower than the actual number of injuries happening each year. More commonly known as Tommy John surgery, named for the pitcher who first had the procedure and was able to return to the sport, the surgery reconstructs the UCL using a tendon harvested from elsewhere in the body or from a donor.

In 2019, there were 223 injuries requiring surgery out of 296 baseball programs. Pitchers tended to be more at risk, but since all positions require throwing, the injury can occur in any player and in other sports and activities involving similar motion.

"As we analyzed the data, we saw a pattern in when the injuries were happening that provided clues about what might be contributing to the problem," Rothermich said. The injuries seem to peak either early in the season as players are ramping up their conditioning, or late in the season when the arm might be subject to overuse in playoff situations.

"That suggests players may need more time in spring training to build up their conditioning before the demands of the season, and they may need more rest and protection for their arms late in the season."

The survey also showed that the average age of athletes undergoing UCL surgery is 19, a critical time for young athletes hoping for a career in the sport.

"Recovering from reconstruction surgery can take anywhere from 12 to 18 months before an athlete is back in top form," Rothermich said. "Fortunately, a repair procedure pioneered by Dr. Jeffery Dugas here at Andrews Sports Medicine is an increasingly popular alternative that can reduce recovery time in many cases to six to 10 months. Over the past three years we have seen the number of cases choosing this repair option increase to 25 percent."

With the 2020 season closed down due to Covid-19, there won't be a survey for this year. However, the NCAA is using this time and the new data available to look at improvements that might make future seasons better.

"There has been a lot of discussion about moving the season later to allow another month for spring training. This would give players more time to condition before the stress of competition," Rothermich said. "This could be the first step toward seeing fewer injuries in the future."