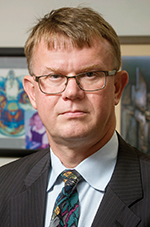 In a research study that Drs. Jerzy and Magdalena Szaflarski have conducted on the social factors related to epilepsy patient outcomes, they have discovered that poverty, location and insurance status play a large role in epilepsy care.

"We see many epilepsy patients who are not getting the expected standard of care. For example, some patients do not get an appointment with a neurologist early in the disease or they may not be taking anti-seizure medications, both of which fall within the standard of care," says Jerzy Szaflarski, MD, PhD, director of the UAB Epilepsy Center. "We want to identify reasons for this." 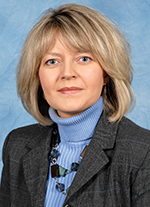 Magdalena Szaflarski, PhD, an associate professor in the UAB Department of Sociology, says the southern United States has higher proportions of underserved populations with poor outcomes when compared to other parts of the nation.

"Alabama ranks 48th in state health ratings," she says. "In terms of epilepsy, we see similar parallels to the rates of stroke, which are also higher than in regions outside of the south. There have been numerous studies focusing on stroke, but not much research in epilepsy. We are just beginning to uncover the disparities in epilepsy that are burdening this area."

Where the patients live makes a difference. "People in the northeastern United States have better access to care than people in other parts of the country," Jerzy says. "The northeast has an abundance of neurologists, whereas other regions have a 20 to 30 percent shortage of neurologists and epilepsy specialists."

Drs. Szaflarski's study found that poverty is associated with a lower likelihood of anti-seizure medicine use, and the uninsured are less likely to visit a neurology provider. "Patients with severe epilepsy should see a neurologist several times a year, but that doesn't happen with uninsured or under-insured patients," Magdalena says. "In addition, people with lower incomes are less likely to have access to epilepsy medications, which are typically expensive. We are following leads to determine the overall picture so we can better understand gaps in care, access to care, and treatment."

Drs. Szaflarski did not find differences in epilepsy by race in the study. "We were somewhat surprised and tried to find an explanation for that," Magdalena says. It may be that people who were sick and disabled were undercounted, which often happens in national surveys. "We need to survey people with epilepsy in the south, and further investigate racial differences in epilepsy care at the local level. Many studies, to date, have documented substantial disparities in health care by race."

When reviewing other studies, the Szaflarskis have found differences in certain instances of epilepsy and especially in treatment. "For example, epilepsy patients with minority backgrounds are less likely to be evaluated for or undergo epilepsy surgery," Magdalena says. "Minority groups have also shown insufficient knowledge or distrust of epilepsy surgery or experimental treatments. Bottom line, it is helpful to look at different types of data from epilepsy patients to better understand patterns, but we must also be aware of the limitations of each study. It is the accumulation of studies that help us understand the whole picture."

Funding is essential for continuing these studies. "For a long time, there hasn't been much funding for epilepsy research, but the Centers for Disease Control and Prevention has a division that specializes in epilepsy research at the national level and has been pushing for more funding," Magdalena says. "They have launched several funding programs for epilepsy studies. We hope that program will continue and that we can find a way to fund our studies."

Telemedicine can help to address disparities in epilepsy care and in health care more broadly and the use of the UAB TeleHealth Management program has increased in recent months due to the COVID-19 pandemic. As a result, doctors will be able to reach more patients who live out of town. "TeleHealth gives us an ability to deliver care to patients who are far from us and are unable to come for in-person visits," Jerzy says. "We hope these patients will be willing to accept the use of Telemedicine opportunities. It is a big change, but we believe it can become a positive tool for the future."