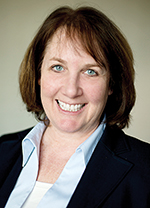 Charbonneau oversees the Encompass medical operations for 136 inpatient rehabilitation hospitals across 39 states and Puerto Rico. She was named chief medical officer in June 2015. From 2001 to 2015, she was the medical director at New England Rehabilitation Hospital of Portland, a joint venture of Maine Medical Center and Encompass Health, where she had held a staff physician role since 1992.

Print
Login and voice your opinion!
Tags:
None