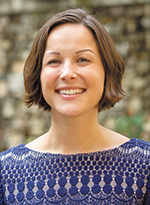 Merry Lynn Mann, MD, who practices reproductive medicine at ART Fertility Program, is uniquely credentialed with a fellowship in reproductive endocrinology and infertility combined with board certification in genetics.

Her training in genetics allows her to work with patients before they conceive or undergo infertility treatment to flag any genetic conditions or predispositions that could affect a baby's health, mother's health or the viability of a pregnancy.

"Whether it is recurrent pregnancy loss, a known genetic problem in the family, or a new genetic abnormality, we are also here to help, along with our regular fertility practice," Mann says. "We recommend preconception pan-ethnic screening to all potential parents to see if they are high risk for having a genetic illness in their children.

"I also enjoy working with the other fertility issues. Every person is different, and every couple is different. However, we have three over-reaching concepts when addressing fertility - are the tubes working, is the sperm working, and is there an egg to be fertilized?"

Some of the more prevalent conditions couples face include polycystic ovarian syndrome (PCOS), which affects up to 15 percent of women and low testosterone which is a concern for about 25 percent of men.

"A lot of people have other issues, either from prior infections or other common problems, like endometriosis, that can cause scar tissue and affect the tube," Mann says. "As a result, it is difficult for the sperm and egg to meet if they don't have the conduit to do so. We have several tools to help these patients. We use in vitro fertilization (IVF), which has been around since the early 1980s and is widely practiced. We also have a more economic option called Invocell.

"With Invocell, the egg and sperm are taken outside the body and placed in a small vial that is then placed in the woman's vagina. About six days later, we remove the vial and take out the embryos. We select one embryo from the vial and put it directly into the uterus to continue its journey to becoming a baby."

Another relatively new tool is a sperm-sorting technology called Zymot. Traditional semen preparation in fertility clinics involves repeated washes of semen using high-speed centrifuges to separate sperm from the seminal fluid so it can be used. The Zymot technology simplifies the preparation of semen samples by doing away with more time-intensive density centrifugation, which lessens the potential for lab errors in specimen identification by minimizing handling of patient specimens. Multiple studies have shown improved ability to select genetically normal sperm with a potential for reduced genetic abnormalities.

"With about 100 million sperm released to fertilize one egg, it is an inefficient system," Mann says. "Zymot selects the most apt sperm and increases the efficiency of the process."

Mann points out that the genetics in our bodies are much smarter than we are, but sometimes couples still need help to conceive a child. "Every time we see a positive pregnancy test, it is so exciting. Our whole team gets excited," she says. "So many people feel that they can't have a child, but with these tools and our team's involvement, healthy families are continuing to grow."