All of Us Looks to Improve Care for Each of Us 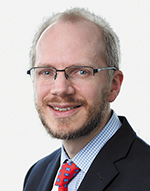 Historically, medicine has been a 'one size fits all' proposition. It has only been in the last few decades, as researchers have begun to uncover specific mutations and mechanisms driving disease, that the concept of precision medicine has really begun to flourish.

While the field is still in its infancy, an initiative from the National Institutes of Health - the All of Us Research Program - is working to move the science forward dramatically. "Our goal is to improve health and medical breakthroughs for everyone," stated All of Us CEO Joshua Denny, MD, MS.

The initiative looks to enroll one million individuals in the United States across the full spectrum of age, gender identity, race, ethnicity, sexual orientation, socioeconomic status, education, geography, health status and other factors influencing health. "We wanted this population to be reflective of the diversity of the United States," Denny said.

By capturing this huge amount of deidentified data, the hope is to build one of the most comprehensive precision medicine platforms in the world, allowing researchers to speed discovery by tapping into a breadth and depth of information that is not currently available. Moreover, the goal is to make this rich dataset easily accessible.

Denny has been involved with the initiative from the beginning. He was part of the NIH's Precision Medicine Initiative Working Group while serving in his previous role as director of the Center for Precision Medicine and vice president for Personalized Medicine at Vanderbilt University Medical Center. The work group released a detailed report in September 2015 that became the framework to create the All of Us research platform. At the end of last year, Denny was tapped to lead the NIH effort.

Participation was purposefully made easy. Anyone aged 18 or older who lives in the United States is eligible to become part of the study by simply logging onto JoinAllofUs.org. Participants answer health surveys, share electronic health records and might be asked to provide key physical measurements and biospecimens of blood and urine. Some will also be asked to provide saliva for lab and DNA tests. Participants decide how much data they are willing to share. Those who opt not to share their EHR can still participate in health surveys but wouldn't be included in other aspects of the program.

Those asked to share biosamples are able to visit a convenient partner site. In Alabama, that includes the University of Alabama at Birmingham, Cooper Green Mercy Health Services, Huntsville Hospital, UAB School of Medicine's Huntsville Regional Medical Campus, Tuskegee University, UAB School of Medicine's Montgomery Internal Medicine and Selma Family Medicine programs, University Medical Center in Tuscaloosa and University of South Alabama Health System. The Alabama sites are part of the Southern All of Us Network.

Denny noted active engagement among participants sets the program apart. "We're not a typical research study that just collects information and does research. We engage participants," he said of actively seeking input and sharing information.

At the heart of All of Us is the desire to move science forward in a safe, effective, efficient manner by building one of the world's largest and most comprehensive databases.

"It is really to drive medical care and prevention," Denny said of the massive undertaking. "It is both about population research and precision medicine research."

He pointed to cystic fibrosis research that led to the 2013 debut of the first drug targeting a specific CF mutation. "It only worked in five percent of the population, but it was almost curative," he said. Building off that genetic knowledge led to further discovery. By 2019, novel treatments were available to improve function and quality of life for 90 percent of CF patients.

From a population health standpoint, Denny said researchers discovered a small population of African-Americans in Dallas had a rare mutation that corelated with significantly lower cholesterol and was protective of heart disease. That discovery by geneticists at UT Southwestern ultimately led to a new class of drugs for lowering LDL cholesterol in the broad population.

"Those two stories highlight the power of genomics and how data can impact specific populations and everyone," Denny said.

Having easy access to rich data allows researchers to move more quickly and with greater assurance, he said of the repository of millions of pieces of information All of Us will contain that can be easily sorted by population characteristics, disease characteristics, geography, age, exposures, medication regimens, genetic signatures and more. "You don't have to recruit a new population of participants," he said. "Once you have a research database that's large and has dense disease data and molecular information like genetics, it's almost a look up." Denny added the current COVID-19 pandemic underscores the need for this type of information that could provide scalable insights into who is protected and affected by the virus.

"We're trying to rethink the whole process of doing research," he said, adding the goal is to allow broad access for both public and private researchers following beta testing, which launched at the end of May. Once researchers have registered and gone through the onboarding process, All of Us uses a 'data passport' model that provides wide access to explore data rather than having to be granted permission for each study on a project-by-project basis.

As part of beta testing the All of Us Researcher Workbench, participating researchers have begun using the study's initial dataset and tools and have been asked to provide feedback. "We welcome any U.S. academic researcher at this beta phase," Denny said. Go to ResearchAllofUs.org for more information on applying for access.

To date, All of Us has 349,00 individuals who have taken the first steps of enrolling. Of that group, over 271,000 have completed the initial stages of the program, which include completing the in-person visit for measurements and biospecimens, offering consent for EHR access, and finishing initial surveys. Progress has been slowed over the past few months during shelter-in-place orders that have accompanied COVID-19. "We've paused our in-person recruiting right now," Denny said, adding the team is assessing safety and timing to restart visits to partner facilities.

Despite that pause, Denny encouraged anyone interested in being part of this seminal study to begin the enrollment process now. In addition to providing information online that could be immediately useful, it also puts participants in a ready position when in-person visits start back. While Denny said it is crucial for physicians to share the importance of All of Us with patients to increase representative enrollment, he encouraged providers to become part of the cohort, as well.

"The program is only as powerful as the participants who join us on this journey," Denny said. "We want to make sure everyone is represented."

Southern All of Us Network