Many Patients Mistakenly Believe They Have Penicillin Allergy 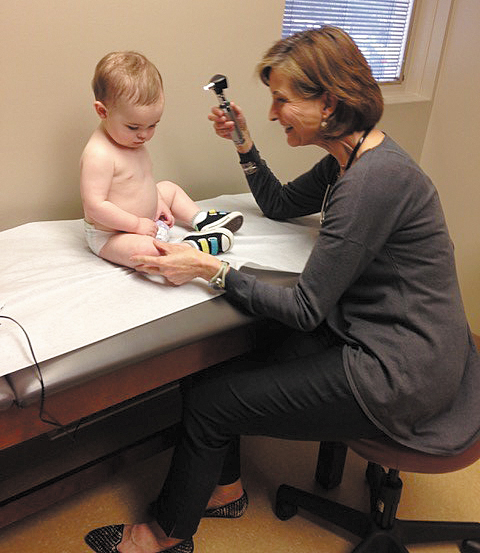 Around 10 percent of Americans believe they have an allergy to penicillin which is unfortunate because penicillin and its related β-Lactam antibiotics are among the safest and most effective antibiotics available. People who report this allergy end up receiving suboptimal broad-spectrum antibiotics for treating their infections that are generally costlier and can promote the development of antibiotic-resistant organisms.

But at least half of those people are wrong. According to a Journal of American Medical Association review in January 2019, people with clinically significant IgE-mediated or T lymphocyte-mediated penicillin hypersensitivity make up less than 5 percent of the population.

"We know from years of experience that more than nine out of 10 people who think they are allergic, are not truly allergic," says Carol Smith, MD with Birmingham Allergy & Asthma Specialists. "Allergies tend to start at a young age, and patients are usually considered to have the allergy throughout their lives without anyone verifying it."

Currently the rate of penicillin allergies is actually decreasing, possibly because administration is more commonly administered through pills and liquids versus injections, and severe anaphylaxis to oral amoxicillin is rare.

The allergy itself can also diminish over time. "Even people who had tested positive should be re-tested after a number of years," Smith says. "Adults 18 or older, who had a reaction more than 10 years ago, should be tested again. The same goes for children from five to 17 who had a mild reaction over a year earlier. Children especially can be falsely tagged with the penicillin allergy because so many kids get rashes with viral infections or other mild reactions."

Many people carry a false belief of their allergy based on what they were told as children. A sibling or uncle or their parents were allergic, so the parents never gave any of their children penicillin, labelling them all as allergic. "As far as we know, there's no genetic component to immediate type reactions to penicillin," Smith says. "So if someone was told they were allergic, and their parents never gave them penicillin, they could just take the drug and not even do an oral challenge first."

Physicians hold the key to illuminating false or outdated allergy diagnoses. "I recommend beginning with a screening," Smith says. "I would ask about the reaction they had to penicillin and whether it was an immediate or delayed response."

An immediate reaction usually means that it is an igE-type reaction, which can be divided into mild, moderate or severe. Delayed reactions tend to be T-cell dependent, and those could be severe, like Stevens-Johnson syndrome, toxic epidermal necrolysis (TEN), or some severe cutaneous adverse reaction, like DRESS syndrome.

If the patient had a mild, immediate reaction, such as itching, mild rash, or gastrointestinal symptoms like a stomach upset, they can be easily tested outside an allergist office. "If the risk is really low, a physician can have them take penicillin again," Smith says.

The oral challenge involves giving the patient a dose in the office and watching them for an hour. "It can be given as a full dose," Smith says. "Or split it into a tenth of a dose and observe them for 30 minutes, and then give the rest of the dose and watch them for another hour."

Patients who report having had moderate or severe immediate reactions to penicillin in the past, such as hives, blistering, swelling or wheezing, should be sent to the allergist for skin testing, which takes a few hours.

"We're testing to different components of penicillin with a skin prick test and a few intradermal tests. If they're allergic, it will react as a small little welt, an itchy, red spot," Smith says. "If they have no reaction, then the allergist administers an oral drug challenge typically using a dose of amoxicillin. If there's no reaction to that, you can say with 99 percent certainty that the patient is not allergic to penicillin."

"I've tested dozens of patients who thought they were allergic to penicillin and none have tested positive. This is why I always recommend investigating it when patients have penicillin on their allergy list from childhood."