Self Care on the Front Lines of Coronavirus 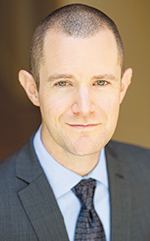 With coronavirus dominating news cycles for weeks now, it seems difficult ... if not impossible ... to escape the mounting death toll, case load, unemployment figures and economic havoc that COVID-19 has left in its wake. For healthcare providers, first responders and other workers on the front lines, it's far too easy to forget self-care when the focus is so strongly on caring for others. Yet, ignoring warning signals of the physical and emotional toll the pandemic has taken could have far-reaching consequences.

Joshua Morganstein, MD, serves as chair of the American Psychiatric Association (APA) Committee on the Psychiatric Dimensions of Disaster. "The committee's role is to provide education, consultation and resources to APA members, our state-level district branches and leadership," he explained.

Morganstein added the committee's focus has primarily been in response to non-military disasters. However, he noted, some similarities have been drawn between the current global COVID-19 outbreak and the type of stressors and reactions seen in a prolonged conflict. "In a pandemic like this, it's sort of an ongoing disaster," he pointed out. This sense of being at war is particularly true for those fighting the coronavirus on the front lines,

With an infectious disease outbreak, he said adverse psychological and behavioral responses might include difficulty sleeping, feeling unsafe, irritability or anger, distractibility, and increased use of alcohol or other substances as a way of managing. Healthcare workers have additional challenges including increased concerns of exposure for themselves and their families, managing the distress of patients separated from family members, and shortages of staff and equipment.

The best defense, said Morganstein, is a good offense in the form of proactive self-care. He said eating regularly, getting sleep and taking a breather when needed allow people to make better decisions and strengthen the immune system.

"I would really encourage healthcare workers in general to work on ... and encourage each other ... to take care of basic needs," said Morganstein. "I would also encourage having a battle buddy," he continued. Morganstein noted a battle buddy in the military has their friend's back and is more likely to notice early warning signs of struggle, such as increased irritability. "We need people looking out for each other. Battle buddies don't let someone go off a cliff."

Some organizations assign battle buddies and others have team members choose their own support partner. Either option can be effective, Morganstein said. He added the responsibilities are pretty straightforward. Battle buddies check in on each other via text or in person, encourage one another during a tough day and remind one another to take a break.

Morganstein said it's also important to stay informed on current information regarding the pandemic from trusted sources, as accurate information plays an important role in controlling the spread of the disease and can also help alleviate uncertainty to a degree. The caveat, however, is to get the day's information and then step away.

"People want to be encouraged to use media wisely," cautioned Morganstein. "There is a good body of evidence that increasing exposure to disaster-related media in particular increases stress, makes sleep worse, increases people's use of alcohol and results in higher rates of post-traumatic stress and depressive symptoms."

Ensuring people have adequate training in a timely manner and have equipment they understand how to use and that will protect them are the first steps in mitigating stress. Regular communication from the organization and leadership is also critical. Similarly, finding ways to foster collegiality and recognizing the seriousness of the situation but creating positives whenever possible both encourage a sense of camaraderie and help alleviate feelings of aloneness or separation from the larger group. Videos of healthcare workers praying, dancing or singing together that have appeared on social media and broadcast channels are good examples.

Although it won't replace organizational support, Morganstein said there is well documented evidence of the importance of community support, as well. "A feeling of strength among community members is protective," he said, adding the 'community' might be a city, zip code, neighborhood, faith group, military unit or sports team.

"Crisis experiences change us and create a new normal," said Morganstein. For some there will be delayed reactions. He noted some people compartmentalize in order to cope and manage in the moment but then have to deal with issues down the road. "To the degree people are able to care for themselves and find support and be able to find outlets to release some of the stress, that can help to reduce the burden they carry forward with them even if it doesn't eliminate it."

Fortunately, Morganstein said, "The vast majority of people, including those who have difficulty along the way, will ultimately do well."

Anxiety and Depression Association of America