Public Health in the COVID-19 Fight 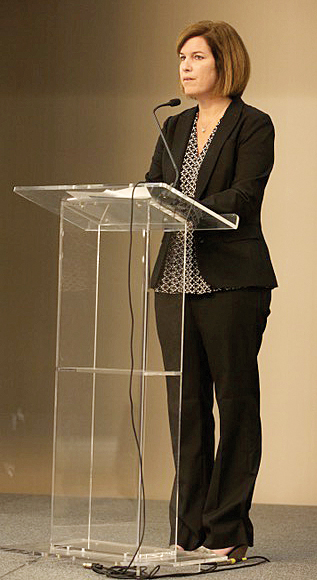 COVID-19 has infected people in nearly every nation in the world. Italy, in particular, has been devastated, the virus overwhelming Italian hospitals where doctors were forced to triage patients. At the other end of the spectrum, South Korea has managed to keep the disease at bay without a total lockdown.

"South Korea did one of the best jobs of testing which made the difference," said Ryan Irvin, PhD, MS, who serves as an Associate Professor in the UAB Department of Epidemiology.

Even with a woman who turned out to be a super-spreader, South Korea was able to halt the upward trajectory of the virus just 15 days after the first case. In mid-January, immediately after the first case was confirmed, the South Korean health authority conferred with research institutions and pharmaceutical companies to develop a test, and in short order, mobile sites around the country were testing 20,000 people per day. Health authorities followed up with all the contacts of anyone who tested positive, while using data from surveillance cameras, cellphones and credit card transactions to map the social connections of suspected cases.

"The US got behind on testing," Irvin said. "The World Health Organization approved a coronavirus test in January, but instead of using it, the CDC developed their own test that didn't end up working properly, which cost us a month. As a result, we are now only testing a small percentage of our population so we can't get a clear picture of the epidemiology of the disease. And since, due to these limits, we are not testing mild cases, there may be many contagious people who don't know they are carriers, causing further spread of the virus.

"So, instead of having a handle on this, we have had to go old school, using blunt force tactics, shutting everything down. This is the way public health did it years ago with the Spanish flu and with polio. We enacted shutdowns in Alabama pretty quickly, closing the schools the day we had the first case in Jefferson County. It will take two to four weeks to see if this helps."

It is critically important that the shutdown works because one of the biggest challenges with COVID-19, as with any pandemic, is that cases grow exponentially, which can overwhelm hospitals, like what is currently happening in New York. If the numbers continue to rise in Alabama at the rate they have risen elsewhere, Alabama hospitals could have 6,382 ICU patients on May 1st, and we have a stockpile of only 1,344 ventilators.

"This is a long haul fight," Irvin said. "We are in the initial hump, and hopefully we get over this, but I think we've got a new virus that will be endemic in our population forever."

This means that, from a longer-term perspective, research into the virus can be effective in mitigating the damage. Currently a number of departments at UAB, including Public Health, Infectious Disease, Nursing and the Medical School, are working on plans to create a research infrastructure around the virus.

"We haven't started any specific projects," Irvin said. "We're thinking about what will be needed; for example, creating a patient registry; getting a list of patients who agree to participate in research and who give us samples, allowing us to bank some samples, among other things. UAB is communicating with the Alabama Department of Public Health and the Jefferson County Health Department about getting this infrastructure set up, and we're trying to work with other universities so we can all harmonize data and work together. It's very preliminary. We have to get the University Review Board approval for human research.

"There are also some studies going on with the potential effectiveness of several drugs, remdesivir and hydroxychloroquine. Researchers at Mount Sinai and a group from North Carolina are developing an antibody test so that we can see who has had the virus. This will help us locate people who are now immune and can probably go back to work. And if some of these people show a really strong profile, we may be able to use their blood to treat patients."

Irvin is also interested in genetic studies of COVID-19. "There is a co-morbity profile that makes you get sicker, but there also seems to be some variability in people who are asymptomatic or who have mild cases even when we hold the other variables, like age, constant," she said. "The virus enters the cells through the ACE2 receptor. That is a genetic target for us to study to see if a variation in that receptor affects how sick someone gets. If we find people whose genotype increases their probability of serious complications, we could advise that person to be more cautious. And over the long run, these studies might lead to some type of gene therapy for the disease.

"If there is any silver lining in this horrific pandemic, it's that it will wake up our public health system. We stockpile weapons, but we don't stockpile medicine, PPE, and medical equipment. In the future, we'll need to start thinking along those lines."