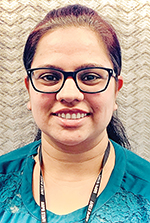 Last year, the Alabama Department of Public Health (ADPH) investigated two Acinetobacter baumannii cases in one facility. Resistant to nearly all antibiotics, including the powerful carbapenem class, this bacteria tends to occur in patients in intensive care units. Ranked at the urgent threat level by the CDC, it took 700 lives out of the estimated 8,500 cases in hospitalized patients and cost an estimated $281 million in U.S. healthcare costs in 2017.

Working with the CDC's Antibiotic Resistant Laboratory Network Southeast Regional Lab, ADPH identified five more patients colonized with this superbug that can carry mobile genetic elements easily shared between bacteria, passing on their resistance. Fortunately, the coordinated response in Alabama stopped the spread. CDC funding of the ADPH paid for over $405,000 for the rapid detection and response.

"We do have sporadic cases of drug-resistant organisms in Alabama, especially in long-term facilities, but we haven't experienced ongoing transmission or high volume," says Ramandeep Kaur, PhD, MPH, senior epidemiologist in the Infectious Diseases & Outbreaks Division at ADPH. "A rough estimate would be a couple of cases in four or five months in patients who are immuno-compromised."

Nearly all carbapenem-resistant Acinetobacter infections arise in patients who recently received care in a healthcare facility. Effectively responding to healthcare-associated infections (HAI), like Acinetobacter baumanniim, is just one part of a growing movement in healthcare to slow the resistance to antibiotics by more prudent and well tracked applications of antibiotics.

But HAIs present a conundrum for physicians trying to protect the most vulnerable patients in facilities. "It's the chicken-and-egg situation, because some providers might think we need to prescribe antibiotics so there are less chances of HAI," Kaur says. "But overprescribing those antibiotics may develop resistance to the drugs that can kill it. So it's a tricky situation at this point."

It will take more data to determine if the preventive practice is more of a threat than risking the infections. But widespread access to antibiotic-resistant data has been slow in Alabama. Though most long-term and tertiary care facilities, including nursing homes and hospitals, do implement the CDC's core elements of antibiotic stewardship, which includes documenting antibiotic prescriptions and resistance mechanisms, the state might not learn of all resistance cases.

"It is mandatory to report HAIs to the state, but not antibiotic use and resistance," Kaur says. "Facilities want to share this data. The major glitch is the IT component. It takes a lot of IT effort for the healthcare facilities, as well as the department."

The larger facilities, which have greater IT capabilities and follow the CDC's seven core elements correctly, often utilize data-mining software that monitors and analyzes their prescription practices for antibiotics and resistance cases, and provides continuous feedback to their prescribers. "It's showing which organism was found to be resistant to which antibiotic in the facility, and which antibiotic was found to be more effective," Kaur says.

Some of the data-mining companies, like BD Medmined, pull data from their software users and employ algorithms to produce statewide antibiograms. These tables display the use of antibiotics and their effectiveness, along with trends in resistance, to prescribers to select drugs more wisely for that region.

"But this tool just provides a general overview," Kaur says. "We cannot generalize that info to all hospitals or all outpatient clinics or all the long-term care facilities because the prescription practices vary across each facility. So providers should identify their own resistant organisms, monitor their own prescription practices, so they can create their own antibiogram to see what kind of resistance mechanisms are prevalent in their facility."

The CDC cites that about 30 percent of all antibiotics prescribed in U.S. acute care hospitals are either unnecessary or suboptimal, which can build resistance. In Alabama, written antibiotic prescriptions in general run high. 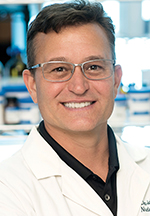 "Alabama has one of the highest rates of antibiotic prescriptions," says David Bush, RPh, founder of AccuRX Pharmacy. "I think that part of the reason for this is that our culture as patients, especially in the South, is that when we go to our doctor's office, we expect to leave with a prescription for a drug that will help our symptoms.

"We should be able to lower this ranking by educating our patients that antibiotics don't work on viruses, such as colds and flu. There are several antiviral drugs on the market now that a doctor can prescribe that will greatly reduce the length and severity of the flu, but these are not antibiotics. And some symptoms can be treated with over the counter medications."

Kaul says "The data on Alabama's high rate of antibiotic prescriptions is based on prescription practices by providers who are primarily working in an outpatient setting, including primary care physicians, nurse practitioners, dentists, and pediatricians. The data doesn't point to specific practices, but family physicians appear to be the largest volume of providers who fall into the outpatient prescribers category."

What's missing is the context surrounding the prescriptions. "They could be seeing a higher number of patients," Kaur says. "So we're not able to say, based on numbers at this point, whether this is a problem, unless you know the prescriptions were inappropriate versus appropriate."

To help with facility-based prescriptions, CDC is funding the department's new effort to assess the implementation of the core elements and antibiotic stewardship by hospitals, long-term care and outpatient facilities. "We need to look at each individual element to see if there are any gaps," Kaur says. "They might not be implementing in the way they should be or covering all the components in that stewardship activity."

Providers and facilities in Alabama understand the need for antibiotic stewardship. "In all the meetings I have been to with different facilities across the state, they have all acknowledged that this is a significant issue of concern," Kaur says. "And they all want to do whatever they can."