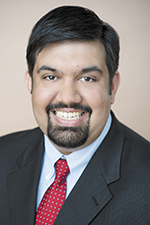 It's a rite of passage that people turning 50 tend to look forward to with about as much enthusiasm as finding their first invitation to join AARP in the mail.

Although most people are generally aware that colonoscopies save lives, as the time for their first screening approaches, all too often people tend to look for reasons to procrastinate. For some, it's the reluctance of having their nether regions explored. For others, it's the horror stories they've heard about having to chug the old-fashioned foul-tasting prep solution in quantities sufficient for water boarding, and then being stuck in the bathroom for the duration.

But with persistance, most 50-year-olds can be persuaded to go in for their first screening, and afterward they are usually glad they did.

The new concern for gastroenterologists is that for a growing number of patients, 50 may be too late. According to the American Cancer Society, the number of people being diagnosed with colon cancer before that age has doubled, and cases of rectal cancer have quadrupled.

"The American Cancer Society has changed its guideline recommendations for a first screening colonoscopy to age 45 for people who don't have other risk factors or symptoms," Rishi Agarwal, MD, of Birmingham Gastroenterology Associates, said. "Medical societies for gastroenterology and most insurance companies haven't changed their guidelines yet, but it's something we are going to have to look at in view of the increase in the number of cases in younger people. We need more studies and more information."

As of now, there isn't a definitive answer about why these cancers are now occurring more often in younger people. Could it be a change in diet, or earlier exposures to other risk factors? Whatever the cause, many people may not benefit from the advantage colonoscopies offer in being able to detect and remove precancerous polyps and early cancers without the need for a more serious surgery unless their first screening comes earlier in life.

"If patients have a family history or symptoms suggesting the possibility of problems, insurance usually covers the procedure, though if there are symptoms, it would be considered diagnostic rather than a screening," Agarwal said.

There are other screening tests using stool samples and sometimes a capsule camera, but they shouldn't be considered an equal choice in patients with symptoms and serious risk factors.

"Colonoscopy is the only option that is both diagnostic and therapeutic. We don't typically use the capsule camera except when there is either an incomplete colonoscopy, perhaps due to limited visibility, unusual anatomy, or if the patient has other conditions that may limit the use of the procedure," Agarwal said. "In any case, it also requires aggressive prep and if the camera detects a problem, it will require either a follow up colonoscopy or surgery."

Although blood tests for biomarkers have been making news, there isn't yet adequate data to rely on them alone. A variety of stool sample tests are available, including newer tests that look for DNA.

"These can be helpful in younger patients who are at normal risk, but they are not a replacement for patients at higher risk," Agarwal said. "If a stool test is positive, it would be followed up with a colonoscopy that would be considered diagnostic under most insurance plans."

Beyond detecting and removing precancerous polyps and malignancies, colonoscopies can also reveal a number of other GI conditions, including Crohn's Disease and colitis, Irritable Bowel Disease, hemorrhoids and diverticulitis.

The good news, especially for patients due for their next colonoscopy, is that the prep process is getting easier.

"The new prep is only half the volume, and half of that is just plain water," Agarwal said. "Some gastroenterologists are also experimenting with patients drinking half the night before and half the morning of the procedure. It is easier for patients and results so far are looking as good or better. The better the prep, the better we can see and do a good job for our patients."

By detecting and treating cancers early, colonoscopies have dramatically reduced death rates from lower GI cancers. However, the total number of people diagnosed with these cancers continues to rise. While we have attributed much of this increase to more people living longer, we have to come to terms with the fact that these potentially lethal cancers are now occurring more often in younger people well before they reach the traditional screening age of 50.

In addition to keeping this potential problem in mind when caring for younger patients, we need to push for more data to give us evidence-based answers on when screening colonoscopies should begin. It could give more young people a chance to turn 50.