CMS Pilot Program Not Popular But Not Wrong 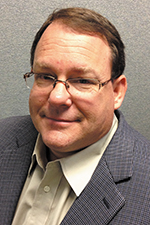 Only about half of eligible Medicare beneficiaries in 2017 were enrolled in hospice care at their time of death, and most accessed this specialized care (40 percent) for only the last two weeks, according to the National Hospice and Palliative Care Organization. Yet under Medicare, patients could be receiving this palliative care for at least six months.

Part of the under-utilization of these services rests with the patients. "Too often the 'hospice' word blindsides patients," says Craig Greer, director of special programs with Comfort Care Hospice. "Often, people don't discuss hospice care earlier in the process because they may fear talking about death. As a result, many patients end up telling us that they wish they had known about hospice sooner."

Alabama rests at about the national level of those utilizing the service (48 percent). To bolster participation in hospice care, CMS formulated a pilot program to merge the line between curative and palliative care for the first time. The five-year trial started in 2016. Dubbed the Medicare Care Choices Model (MCCM), it allows beneficiaries to receive hospice care while continuing treatments like chemotherapy or dialysis for their terminal illness.

"In theory this is good. You won't find anyone that disagrees with palliative care and hospice together. It makes great sense," Greer says. "The devil is in the details of the reimbursement."

In September 2018, a report found that more than a quarter of the hospices participating in the program had dropped out after the first year because the payments were too low. "They are reducing our payment dramatically, yet we provide all the same services," Greer says. "I assume they thought that patients receiving aggressive clinical care would need less hospice care."

Greer is not aware of anyone in Alabama currently participating in the pilot program. "Nobody is opposed to the idea, but how do you pay for it?" he says. Someone under hospice having a bad reaction to chemotherapy would still require hospice care to manage those symptoms.

A patient can currently stay on hospice care as long as the disease shows progression, but chronic diseases, such as heart and lung conditions, can go through periods of improvement or stability before regressing again as they advance. The current either/or option for treatment or hospice care precludes many of these Medicare beneficiaries from choosing the hospice route.

Yet when a COPD patient who needs continuous treatment has an attack of breathlessness, the patient could benefit if she can call hospice for a skilled responder. "That's why the coverage for both hospice and curative is such a good idea," Greer says.

It also would save Medicare money. Research shows that those who receive hospice care have lower rates of hospitalization, ICU admittance, and invasive procedures at the end of life. A 2014 study in the Journal of the American Medical Association showed that healthcare expenditures for those in hospice care were about $13,000 lower during their last year of life.

CMS originally expected the pilot to administer to 150,000 patients, but 18 months into the program, referrals barely hit 5,000. In the end, about 1,100 passed the eligibility requirements and chose to enroll.

After a few months into the program, 80 percent took advantage of the hospice benefit and spent one month in hospice, which is both double the typical length and by twice as many patients as the national average. The age of patients in the MCCM program was also about five years younger than the average hospice patient. Those differences point at the option for concurrent care opening a new demographic for hospice.

It also lessened the anxiety of switching care teams when transferring from treatment to hospice, making patients more comfortable with the idea of hospice earlier in the course of their disease.

"I think 'need' can be a lot of things based on the disease process and patient goals," Greer says, stressing that the goal of the MCCM program is on point, only that the budget is unrealistic. "Allowing palliative care earlier in a patient's disease trajectory to manage symptoms allows patients to live as fully as possible, and people should have that choice."