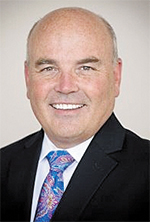 The absorption of physician practices by hospitals and health systems has soared the past decade. According to the Physicians Advocacy Institute, hospital acquisition of practices has increased 128 percent since 2012, jumping from 35,700 to 80,000 practices over five years. Over the same period, the number of physicians employed by hospitals climbed by over 70 percent to 168,800 by the start of 2018.

But the popular, straightforward buyout model hit a snag. "Historically, once the practice was purchased, productivity and revenue dropped because the doctors already had all the money in their pocket," says Jerry Callahan, CPA, with Pearce Bevill.

Since many physicians did not want to become employees either, health systems needed a new way to merge with practices that would draw in the specialists' expertise and patient pools without ownership.

The way some hospitals made the typically doomed buy-outs work for all parties--including patients--was to not only garner income from the practices but to regularly gather the doctors as a group to jointly amend processes and patient care within the hospital.

"That's the benefit. Typically there are cost savings there, so it improves care without increasing cost," says Bill Cockrell, CEO at PracticeLogic. Large savings can arise in these collaborative sessions from something as simple as the physicians agreeing to use the same maker of stent in the hospital.

Cockrell cites as an example, the successful model utilized by Peter Selman, CEO at Baptist Medical Center South in Montgomery, with their cardiologists. "They have a good plan," he says. "When things are standardized, the hospital gets a better purchase price. Otherwise, when physicians have different requirements, it runs up the cost."

Basically, this cooperative aspect of management has melded into the latest arrangement to bring the lucrative expertise of specialists into the hospital fold. Called co-management agreements, these engage the physicians--generally specialists--in the management of the hospital's program or service line, so their interests align with the hospital's on quality improvements and performance. The hospitals and practices share in the savings.

In return, the practices also enjoy the stable financial backing of the health system. "This normalizes cash flow. It's smoothing the revenues and the expenses," Callahan says.

Callahan has overseen three co-management agreements, all of which have been in play for three years. "These arrangements are a popular way for physicians to integrate with hospitals without becoming employees," he says. "They are not always one-to-one relationships between a hospital and a practice. Sometimes a hospital might take all the groups on campus in one specialty under co-management agreements, such as orthopedics, ob-gyn, or cardiologists."

The practice still benefits monetarily, but the money in a co-management arrangement now depends on continued productivity. "You get paid based on results of savings," Cockrell says. He has been on both sides of a variety of hospital/practice agreements, having worked for the Baptist health system and been a cardiology practice administrator, along with years spent consulting to both sides. "Everybody is still independent, but they're sharing the same revenue," he says, which means the increased revenue relies on cooperation.

"It's really revenue sharing, when you get right down to it," Callahan says. "It's finding a way to align the hospital and the specialties with the incentive, so if everyone does things well then there's more money in the pot for everyone to split."

The terms of co-management agreements seem to vary widely except for including fixed and incentive aspects. Along with the types of services expected by the hospital and the ongoing running of the practice, agreements can involve an array of participants, structures, and compensation. Except if a hospital engages agreements with multiple practices of the same specialty. "It's usually a homogenous agreement then, because they're all doing the same thing and have the same expenses," Callahan says.

One requirement to always be expected is the need for regular reviews and adaptions of the agreement. "It's like anything else when you do something new, you start out with an initial assumption and modify as you need to," Callahan says. "If productivity drops off, the amounts being advanced are adjusted."

Co-management agreements have been growing in popularity for the last three or four years. But their future is no more certain than joint ventures and buy outs. "These agreements are in place because they're still beneficial for both parties. But if payers change or other factors change, then these could all change," Callahan says. "That's been healthcare since the beginning."