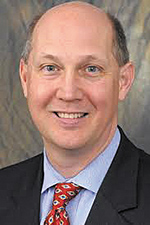 T. Garland Stansell, APR, Chief Communications Officer for Children's of Alabama, will serve as the 2020 national chair of The Public Relations Society of America (PRSA). He is the first person from Alabama to lead the organization.

Stansell has a long tenure of leadership within PRSA, serving on the Board of Directors as Chair-elect in 2019, Treasurer in 2018, Secretary in 2017 and an at-large member from 2015-2017. He has also served as an Assembly Delegate; Past President and Board Member of the PRSA Alabama Chapter; Past PRSA Sections Council Co-Chair and Past National Chair and Executive Committee Member of the PRSA Health Academy. And he is a past chair of the National PRSA Health Academy Conference.

Stansell has over 33 years' experience in public relations, marketing, health promotion, advocacy and fundraising. Prior to joining Children's, Stansell served as Vice President of Public Relations for Alabama Goodwill Industries and as Assistant Director of Corporate Communications for BankBoston Mortgage Corporation.