Exploring the Genescape of the Brain 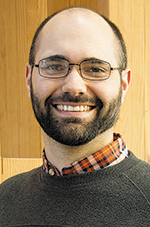 Of all the wonders in creation, perhaps the most amazing can be found in the beauty of a single thought. The ability of the brain to perceive, understand, feel, imagine and remember is as remarkable as it is complex and delicate.

In recent generations, science has learned a great deal about the biology of the brain and how it works. However, that new knowledge has also brought a fuller appreciation of how much more there is to know.

HudsonAlpha Institute of Biotechnology in Huntsville is noted for its expertise in studying the epigenetic effects of genes known collectively as transcription factors and how the proteins they produce regulate the expression of other genes. A major study currently underway has been mapping transcription factors that seem to play a role in regulating genes implicated in the development of psychiatric illnesses including schizophrenia, bipolar disorder and depression.

A new grant from the National Institute of Mental Health has just been awarded to expand the project to study 16 transcription factors that may influence the development of Alzheimer's Disease.

Senior scientist Jacob Loupe, PhD said the new endeavor will build on what has been learned in earlier phases of the study by researchers working in the labs of Rick Myers, PhD, and Greg Cooper, PhD.

"While genetic researchers often work with cell lines and focus on mutations, we study primary human tissue samples at different stages of progression," Loupe said. "We are also looking for a different type of gene that modifies how other genes behave. A person can have a copy of a gene implicated in a brain disease, but whether and when that gene is expressed and to what degree can depend on the epigenetic effects of a constellation transcription factors."

The proteins produced by transcription factors act like a sound mixing board. They can turn the effects of a key gene on or off, dial the level of expression up or down, and together, they regulate how the disease presents and develops in an individual patient.

"Working directly with tissue samples to map multiple transcription factors can be an intricate process, but we've had good success with the techniques we've developed," Loupe said. "Our progress in studying transcription factors in mental health disorders also gives us a head start in investigating Alzheimer's Disease. Since we've already sequenced and mapped tissues from healthy brains as controls, that data is already in place to compare with what we find in different stages of Alzheimer's Disease."

Mapping transcription factors goes well beyond the regions of the brain.

"Every cell in the body has the same genetic code," Loupe said. "When we probe for what a transcription factor is binding to, we look at the entire genome for global effects. In some cases, it may also be binding to genes in other areas and modifying how the gene is expressed. Getting a clear footprint of where the transcription factor is binding can sometimes suggest new areas of investigation."

Loupe also noted the importance of including brain tissue from early stages of the disease in the investigation. "If we can see what Alzheimer's looks like early in the disease process, we should be able to diagnose the disease sooner and begin implementing emerging treatments when they have the potential to do the most good," he said.

What are the root causes of Alzheimer's Disease? That is a complicated question that will require a great deal more work to answer, but the need to find those answers is growing more urgent. According to the American Alzheimer's Association, the disease is now the sixth leading cause of death and is increasing in incidence.

One of the genes most implicated in the risk of developing Alzheimer's Disease is APOe, but it is far from the only factor that may increase the odds of developing the disease.

"Age, environmental exposure and a variety of other genetic and health influences seem to increase the risks, but the simple truth is that as of now we can't definitively say what triggers the onset of Alzheimer's Disease," Loupe said. "We're learning more every day and we hope that what we learn in this study will bring us closer to earlier diagnosis and new treatments to slow the progression of the disease and perhaps one day to stop it."

Findings related to transcription factors in psychiatric disorders are expected to be reported soon. HudsonAlpha labs are gearing up to begin the Alzheimer's Disease phase of the study shortly and investigators hope to complete it sometime late next year.