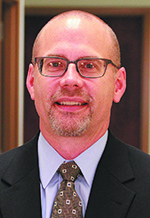 Private equity firms pool capital from sources such as pension funds, high-net-worth individuals, and university endowments to invest in industries that can generate their desired 20% return. Healthcare has become their newest marketplace.

Initially, private equity firms sought out specialties, like dermatology, that generate additional income from elective procedures and ancillary services. Now their investments and buyouts have spread to ophthalmology, urology and, most recently, gastroenterology practices.

"We saw it was moving into GI across the country," says Mark Johnson, now the Division VP-Alabama for Gastro Health, a GI specialty group out of Florida partnered by Audax Private Equity. At the time, he was the practice administrator for Southeast Gastro, a practice of 20 gastroenterologists in Birmingham. "True independent GIs were less than 50 percent across the country," he says, adding that even newly certified GIs like the business model of a salary and a clock-in/clock-out practice rather than entrepreneurship.

Johnson's first reaction to the idea of being owned by a private equity firm was strongly negative. "My thought was, this is not going to happen to us," he says.

But the goals for the practice grew. They needed to increase their size and prove their quality with objective data to be relevant with payers, hospitals systems, and referring providers. "We wanted to have a seat at that table and be a relevant player in the market," Johnson says.

So they acquired a four-physician practice in Birmingham. Then they found that to continue expansion, they needed to either hire someone proficient in mergers and business development or find a partner that could bring that skill and other resources to the table. They went shopping.

In 2017, they had their practice valued and shopped it to the market. Gastro Health bit.

"The biggest concern was the loss of control over day-to-day operations and job security," Johnson says, which can be valid issues to a practice manager in these situations. "But that depends on the partner you select and what role your practice will play in the big picture."

Johnson recommends visiting other practices acquired by the firm. "Before you do the deals, find out how they treat their employees, because at the end of the day the money side will go away a few months later, but who you are working with and for is what will stay with you," Johnson says.

Visits to other Gastro Health practices proved the lack of micro-managing. "You typically buy a practice because it's a success and you can make it more successful," Johnson says. "What they want us to do is continue to do what we've always done."

Johnson stresses that the documentation of the deal can create future clarity and security for the practice administrator now dealing with outside oversight. "All the documents spell out who makes what decision, so a lot of angst is avoided if those things are addressed in the documents," he says

Once the deal was completed in April, the equity firm infused the practice with the resources to update their IT system, including workstations and monitors. "Everything is now standardized," Johnson says. "And we're leveraging their credential department. That was part of the attraction, the back-office support."

To inform the staff about the transition of ownership, the president physician, Miles E. Gresham, MD, and Johnson spoke to everyone at once. "We closed the office and held a town hall meeting. We laid out the timeline, where we want to be in the future, and how we arrived at this equity firm to help us get there," Johnson says.

Then they addressed the staff's concerns. "We reassured them that their pay and where they would report to work on Monday would stay the same. The only thing changing would be who was depositing that money in their bank," he says, emphasizing that benefits would not change unless they got better.

A month later, they held another all-staff meeting to reinforce that nothing had changed, and to let them meet the CEO and national support center staff. "We wanted the CEO on-hand and to get him in front of the staff to talk about Gastro Health and how excited they are to have us," Johnson says. At that point, "the staff still held a lot of anxiety. Changing was a shock."

The following week, "things had calmed down, and it's smoothed out since then, because nothing's really changed," Johnson says.

The acquisition has also proven to be effective in allowing the practice to reach their goal. "We were not relevant at 20 physicians. We're now 140 doctors strong across two states," Johnson says. "We're relevant now with a seat at the table."