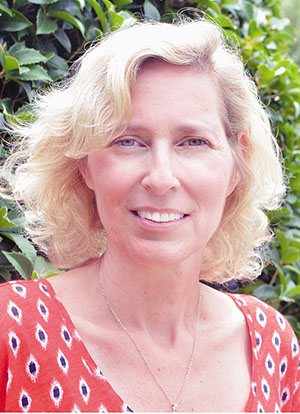 "Our goal is to help establish the Birmingham area as a center for medical device business formation," says Stacey Kelpke, PhD, director of Medical Technology at Southern Research, a nonprofit, scientific and engineering research organization based in Birmingham.

Kelpke is leading an initiative that aims to draw on the pairing of Birmingham as a healthcare hub with its advanced manufacturing capabilities to spur the growth of medical technology and devices.

Right now, the trends in medical devices include "anything with data or that generates data," Kelpke says. That includes wearables, which covers any equipment that a person wears or is implanted that can monitor body functions, such as heartrate, blood pressure or blood sugar, especially real-time data that can be transmitted to a physician.

Robotics as a surgical enhancement are also in demand, such as the Monarch platform developed by Auris Health. The robotic system, guided by a surgeon, inserts flexible instruments into a patient's airways to reach relatively inaccessible parts of the lungs. Johnson & Johnson has acquired the robot's maker, Auris, for $3.4 billion.

"Anything that assists the person to be more precise and expedite the procedure, that's where the tech is going," Kelpke says. "Not only do these robotic devices save time and therefore money, but they're finding patients have a better recovery because of the precision."

A significant challenge for startups and small businesses in the medical device industry can be getting a reimbursement code assigned to their invention so hospitals and physicians can charge insurers for its use. "Getting a code is as important as working through the tech itself," Kelpke says. "And you have to do that while you're developing the technology. Several startups have gone out of business because they never got their device coded properly."

A more direct pathway is to get the tech to fall under an existing reimbursement code. "For that, you have to work with providers, like Blue Cross and Medicare," Kelpke says, which goes more smoothly with some guidance, and thus the push to create a resource for medical device inventors and entrepreneurs.

Southern Research has promoted medical device development since 2014 and provided internal seed funding for more than a dozen medical technology projects in recent years. One is a treadmill, currently in early clinical trials, that was developed with UAB to provide a horizontal resistant force. "It's like the effect of dragging a tire down a football field, so you get the heartrate up without running," Kelpke says. "It's pulling on a resistance force, like moving furniture, but a way to do that for someone coming out of recovery or not in good enough health to run."

The initiative does not plan to take start-ups through a specialized medical tech program to get the device on the market as soon as possible, like other well-known accelerator programs in Atlanta or Memphis. It's more of a sharing of resources. "We are talking with them, and if we know of resources, we put them in contact with that resource, all while we're building our own internal medical device program," Kelpke says.

The first big step was organizing a regional MedTech Symposium in February headlined by Alabama Commerce Secretary Greg Canfield talking of Birmingham as a prime location for the initiative, along with leaders in device development, reimbursement and regulation.

"The symposium gave us a chance to educate the community about the potential of medical device development and to bring in resources that can spark conversations and help us build an environment in Birmingham for innovators in this field," Kelpke said.

Attendees came from all over the Southeast. "We had positive feedback from both the audience and the presenters," Kelpke says. "It was amazing how much networking went on, and also interesting was the networking between the speakers themselves. It worked on all levels, and we were very happy with that."

With the positive feedback, Southern Research is already planning another symposium. "I know we are going to have one next year," she says, adding that something may also be hosted before then.

Kelpke stresses that the initiative is about developing products that have an impact on patients, no matter the inventor. "Eventually, yes, we want to grow and develop our own tech in-house. But we want to make sure that we share as much of those resources as possible externally," she says. "We're not sure yet, what exactly that's going to evolve into, but we want to build a med tech ecosystem in Birmingham."