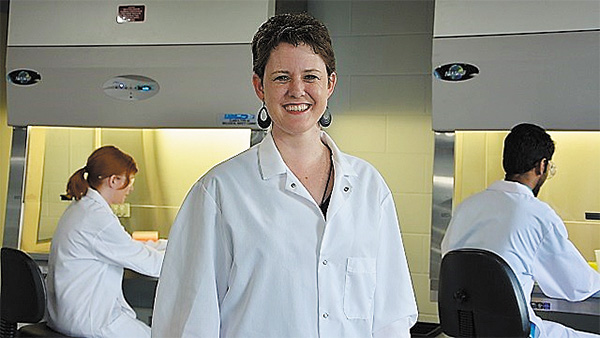 The Michael J. Fox Foundation for Parkinson's Research has awarded Southern Research scientist Rita Cowell, PhD a $150,000 grant to study how certain brain cells die in Parkinson's disease in order to gain insights that could lead to new therapeutic targets.

Cowell, chair of the Neuroscience Department in Southern Research's Drug Discovery division, said her investigation will classify different types of dopamine-producing neurons in the brain's substantia nigra region and determine how vulnerable they are to cell death and dysfunction.

The impairment of these neurons - nerve cells that transmit high-speed signals to regions of the brain involved in initiating movements - and the resulting loss of dopamine, a chemical messenger, are key contributors to the symptoms of Parkinson's disease.

To better understand why this happens, Cowell's team aims to pinpoint the subtypes of dopaminergic neurons that are lost in brain tissue samples from Parkinson's disease rodent models and humans who had the disease.

"This could be really informative because if only one group of the neurons in the mouse matches what is going on in the human, that's the only group we should be studying."

Cowell said understanding the different molecular profiles of these neurons - and being able to identify which ones are most vulnerable to degeneration -- could help scientists identify new pathways for therapies targeting Parkinson's.

The neurological disorder affects an estimated one million. Around 60,000 new cases are diagnosed annually in the United States, typically in people over 60, according to the Parkinson's Foundation.