340B Program has Uncertain Future 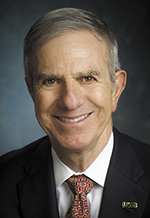 The government's 340B drug discount program, which was begun in 1992, has been under the scrutiny of the Administration and Congress for the past two years with ill effects for participating hospitals and the potential for more reform on the horizon.

"It's misguided," says William Ferniany, PhD, CEO of UAB Health System, one of the 40 percent of U.S. hospitals that qualify for the program, along with tens of thousands of clinics. "No federal money goes into 340B, and there is a lot of misinformation out there."

The government does not subsidize the program. Instead, it requires drug makers to offer discounts of up to 50 percent on medicines sold to qualified health centers that serve a disproportionate share of low-income and underserved populations.

The program, though, does create a revenue source for the healthcare providers. When an outpatient prescription is filled by the hospital for a Medicare patient, Medicare reimburses the hospital at the customary rate, not the discount rate for the drug, plus six percent. The hospital is then able to keep difference between their discounted cost and the reimbursement

For example, the hospital may pay the drug company $70 for a medication usually sold for $100. Medicare reimburses the hospital for the full cost at $100, plus six percent, creating a $36 windfall. "You can use that money in furthering your mission in any way you chose," Ferniany says. That revenue helps the hospitals compensate for losses in serving their disproportionate share of impoverished and uninsured patients.

In January 2018, the Department of Health and Human Services (HHS) abruptly cut those 340B drug Medicare reimbursements by 28 percent. That dropped the hypothetical payment for the $70 drug to $78. "So we would make $8 instead of $36," Ferniany says. "The reimbursement cut cost us $10 to $11 million a year for doing the exact same work. That comes right off the bottom line."

Critics claim changes are needed in the program because of abuses, citing recent unprecedented growth. From 2014 to 2017, drug purchases in the program increased by 114 percent to more than $19 billion.

"The program has grown very fast, which is concerning to pharma," Ferniany says. "But there are a couple of reasons for that. Congress expanded eligibility to include federally qualified health clinics and rural hospitals, whether they qualified as caring for a disproportionate share of low-income patients or not."

The other reason is contract pharmacies. Many patients leave the covered entities after treatment and fill their prescriptions at area pharmacies rather than at the hospital. "We don't get 340B pricing for those. So some smart people found a loophole in the law," Ferniany says. "They signed contracts effectively naming area pharmacies as their virtual pharmacies. That's where most of the growth has been in the program. The pharmacies charge the entity a hefty fee for processing those prescriptions."

Ferniany stresses that UAB does not utilize contract pharmacies. "You have to have the prescriptions filled at our hospital for us to get the reimbursement."

Some critics say that the extra money earned under the 340B program creates an incentive for providers to steer care towards a qualifying hospital when the patient might otherwise choose a cheaper option, like a doctor's office. Ferniany says that is inaccurate, because the program doesn't affect the patients. "It doesn't directly influence how your care is given at all. Doctors don't deal with the program, and the patients don't know it exists," he says.

Proponents of the program, such as the American Hospital Association, who have been fighting the 28 percent cut through the courts since it was abruptly introduced 18 months ago, met with some success in May. U.S. District Judge Rudolph Contreras declared that the HHS's action "patently violated the Medicare Act's text."

The judge's ruling, however, did not grant a permanent injunction. Instead, he ordered the HHS to create a remedial measure, for which they were required to submit an update by August 5th.

He also remarked that the hospitals may have little chance of regaining the lost revenue because Medicare cannot by law adjust their budget's bottom line. Any monies spent on retroactive payments to the hospitals would have to be balanced with reductions in Medicare elsewhere, which could be catastrophic.

No matter the outcome of the Medicare reimbursement situation, some in Congress remain skeptical of the program, spurred by the pharma lobby that spent roughly $280 million on the Hill in 2018. Studies now abound on 304B's efficacy, funded by both sides of the program, some showing potential faults but not necessarily pinpointing the causes.

"They shouldn't throw the baby out with the bathwater," Ferniany says. "Do some corrective things to make the program do what it was intended do--help hospitals that are primarily in the business of serving a disproportionate share of low-income patients."