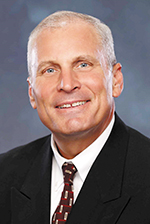 "I hate to say it, but anything is better than nothing. We're getting slaughtered," says David McCormack, about the potential hospital wage index (area wage index - AWI) increase in Medicare reimbursements. The CEO of the Vaughan Regional Medical Center in Selma, Alabama, says the 175-bed hospital would receive an additional $400,000 under the reworking of the AWI, "which in the whole scheme, wouldn't give all my employees a two percent raise.

About two-thirds of a hospital's Medicare payment rate, especially rural facilities, depends on the hospital wage index. The number is based on annual data submitted by hospitals, along with other factors, such as being designated as a metropolitan or rural labor market within their region.

The areas are then assigned a specific index value centering on a value of 1.00, which represents the national aggregate hospital hourly wage. Alabama rural hospitals currently hold a .67 AWI--the lowest in the nation. The highest rural index goes to California at 1.86.

"The initial concept was to allow for geographic differences in cost of living and wages," says Danne Howard, chief policy officer with Alabama Hospital Association (AlaHA) about the payment system which was set up in 1983.

"The problem lies with Medicare's need to remain budget neutral," Howard says. "If one area's wage index increases, another's must decrease. Since the lower numbers only get lower, it creates a perpetual death spiral."

The new proposal aims to slowly narrow the vast difference between the top and bottom of the list, and make up for the hit the hospitals on the lower end have taken over the past 36 years. The new calculation would raise the AWI of those in the bottom quarter of the current list, while lowering the index for those hospitals in the upper 25 percent.

"This slight bump will increase Alabama to .75, which sounds like a lot, and for Alabama it's about $46 million," Howard says. "California, which holds highest wage index, would drop from 1.86 to 1.82. So when you compare our increase to .75 with their 1.82, you can see that there is still a huge disparity."

Critics say taking money away from the upper tier is unfair. "But the current system takes from us to give higher reimbursements to the upper 25 percent, so that argument falls on deaf ears," Howard says.

The new rule, however, is only temporary, ending in four years. "This helps provide some relief to the rural hospitals," Howard says. "It allows them to pay their workforce a little more. And it will hopefully help these hospitals stabilize their operations while long-term reform is sought."

"The disparity is so large that this change, while helpful, barely moves the needle," McCormack says. "To put this in perspective, it's like my hospital, Vaughan Regional, is now receiving $1.00 while the hospitals with the highest AWI get $10.00. Under the new proposal, we would get $1.25, while the highest would drop to $9.75. Because of this huge gap, it would take us about 50 years just to get to the mid-point. So I worry that CMS will think they have fixed things when in reality, we are still far behind."

The continuous lowering of the AWI has cut deep at Vaughan Regional. "We have not given raises in almost four years, and we forced our wages down because of this low reimbursement," McCormack says. "Medicare sees that our costs are down, so they pay us less. It's a vicious cycle."

Howard is happy to see the proposed change after decades of advocacy efforts to correct the flawed system. "Twenty-three years I've been on staff, and this issue has been on the agenda the entire time," she says. "We're over the moon excited. This is a great first step toward bringing some equality to this system."

The proposal will also close a profitable loophole abused by some facilities. "It will prohibit hospitals from reclassifying from urban to rural for purposes of gaining higher reimbursements," Howard says. "Some facilities have gamed the system this way.

"No one disagrees that it's more expensive to live in some areas than others, so there should be an adjustment. But not one with a self-perpetuating cycle where hospitals at the lower end continue to lose while the higher end continues to gain."

Howard points out that Alabama hospital closures over the last 10 years directly relate to low Medicare reimbursements in combination with the rising number of uninsured patients as result of Alabama choosing not to expand Medicaid. 10 hospitals have closed since 2011, seven of which were rural.

The final language of the new proposal is due to be released in September, with the change in reimbursements beginning in October. "At the end of the day, it's not just about the hospitals," Howard says. "It's about access to care for everyone in Alabama. If the providers are not there, does it matter what insurance card you have in your pocket?"