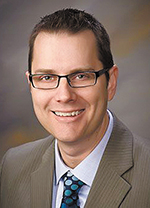 Storey's career spans more than 25 years in a number of leadership roles. In addition to his most recent role at Helen Keller Hospital, he has held positions as chief executive officer of Greenbrier Valley Medical Center in Ronceverte, West Virginia and assistant chief executive officer of Northwest Medical Center in Storey earned his bachelor's degree in public administration from Samford University in Birmingham, as well as master's degrees in business administration and healthcare administration from UAB. He is a Fellow of the American College of Health Care Executives.