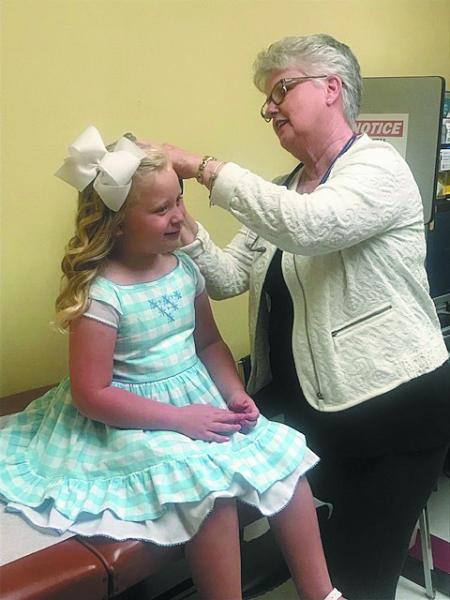 Since the middle of the twentieth century, vaccines have prevented countless cases of disease and have saved millions of lives. The Centers for Disease Control and Prevention (CDC) estimates that vaccination of children born in the United States between 1994 and 2018 will prevent 419 million illnesses, help avoid 936,000 deaths, and save almost $1.9 trillion in total societal costs.

Karen Landers, MD, FAAP, District Medical Officer and Medical Consultant for Tuberculosis and Immunization for the Alabama Department of Public Health (ADPH), has been a physician for 42 years, and has seen diseases eradicated as a result of vaccinations.

"In the 20th century, vaccinations resulted in a big reduction in diseases like measles," she says. "Vaccinations have prevented people from developing illnesses and the complications from those diseases, which can include death. Vaccines are a preventive measure, and we all know that prevention of any disease is superior to treatment."

There are many vaccine-preventable diseases. The common ones include diphtheria, pertussis, tetanus, hepatitis A and B, measles, mumps, rubella, chicken pox, rotovirus, Hemophilus influenza type B, pneumococcal, HPV, meningococcal, and polio. Other vaccines for international travel include yellow fever and typhoid.

Too often, professionals in the CDC learn of people who suffer from illness and disability from infectious, yet preventable, diseases. They also see families who mourn the loss of a loved one from an illness that could have been prevented through vaccination. Healthcare professionals who work in Disease Control are concerned about the anti-vaccine movement because vaccines save lives.

Anti-vaccine proponents are concerned that the MMR (mumps, measles, rubella) vaccine is linked to autism. That fear originated with a 1997 study published by Andrew Wakefield, a British surgeon, who suggested that the MMR vaccine was causing autism in British children. His paper has since been discredited by a number of sources.

"More recent scientific evidence has proven that that MMR is not linked to autism and that claim has been retracted, yet this information still persists in the understanding of some people," Landers says. "It is important that we continue to look at the science on that."

She adds that there also are worries about certain products contained in some vaccines. "There are concerns related to thimerosal, a mercury-based preservative," Landers says. "The fact is that there hasn't been any thimerosal in vaccines in many years. The benefit of vaccines far outweigh the negligible risks."

Anti-vaccine proponents also believe that infant immune systems can't handle all the vaccines that are administered during early life. Paul Offit, MD, Director of the Vaccine Education Center at Children's Hospital of Philadelphia says that 20 years ago children received seven vaccines routinely and up to five shots by two years of age. "Today, children receive 11 vaccines routinely and as many as 20 shots by age two," he says. "The infant immune system has an enormous capacity to respond safely to immune system changes from vaccines. We can offer reassurance to parents that far from weakening an infant's immune system, vaccines actually strengthen an infant's defenses against serious and potentially fatal infections."

ADPH works diligently to combat erroneous information about vaccines. It provides scientific information to the lay public related to their safety and effectiveness. "If you look at our data, Alabama is still a highly vaccinated state which is good. It means that parents and guardians are taking advantage of educational information and are making good decisions for our children," Landers says. "I'm concerned that if health care providers - whether it be physicians, nurses, pharmacists or others - don't continue to provide educational material and scientific information, people are going to continue to withhold vaccines from children."

Both Landers and Offit worry that children may not get protection from vaccine-preventable diseases because of erroneous information. They state, unequivocally, that vaccinations work.

"Immunizations are extremely safe and highly effective at preventing disease and death. Vaccination is one of the most important steps parents can take to protect their children," Offit says. "We can reassure parents that by immunizing their infants, they are affording them maximum protection against serious infectious diseases with minimum risk, helping their immune systems to become stronger and giving them the healthiest possible start in life."