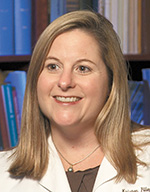 Glioblastoma Study a Reminder of how being Female Affects Health

Not so long ago, medical studies often focused on recruiting men. Those participants tended to be Caucasian. The assumption that data for this group could be generalized to everyone still wasn't taking into account the effect sex and race can have on how bodies function and respond in the real world.

Then, on a genetic and molecular level, science began to find evidence that these differences do influence how disease processes work and how effective a particular choice of treatment is likely to be.

So in the month of Mother's Day, it's a good time to remind ourselves that the fact that the patient sitting in front of us is a woman can affect how we evaluate whether her presenting symptom is an aching shoulder or heart disease. It could influence the management of her hypertension or depression. In some malignancies, it can provide insights to care and prognosis.

Earlier this year, a study published by the National Cancer Institute reported that research by

Washington University School of Medicine in St. Louis found differences in the molecular profile of glioblastomas in men and women that were associated with differences in survival times. Women also seemed to show a better response to standard therapy, with a lower tumor growth velocity after chemotherapy.

"This was a small retrospective study, so findings need to be confirmed on a larger scale. This study does point out the importance of determining what is happening at a molecular level," UAB neurosurgeon Kristen Riley, MD said. "The genomics of that particular tumor could tell us whether the patient might be likely to respond to a targeted therapy or would be a good candidate for a trial. Sequencing of tumors isn't done everywhere, but we do it here at UAB. It has led to some wonderful success stories.

"Gliomas are the most common primary brain tumor. To develop better treatments for this lethal disease, it is critical that we get good data to analyze, and not just from Caucasian men. African American women have the lowest incidence of this tumor, but we don't know why. If we could find the reason, we might have a clue that could help everyone. We need study participation from people of all backgrounds."

Medical science has long known that the incidence of malignant brain tumors is higher in men, but few studies have looked at data by sex or found a satisfactory explanation for the differences. Hormones seem to have a protective effect against heart disease before menopause, but they don't play a similar role in glioblastomas. So why do these tumors tend to be different in women?

While a definitive answer will require more investigation, the Washington University research focused on genes that are often expressed differently in women's tumors. This led to evidence suggesting that survival time in men seems more related to cell division while in women it seems related to invasiveness. In the longest lived women, there also seems to be sex-specific differences in the effects of IDH1 gene mutations in women that are not present in men.

Investigators say that the takeaway from this research is that as we move more into personalized medicine to improve treatment plans in the future, both the sex of the patient and the genome of the tumor could be key considerations.

The fact that the same disorder can be different in men and women has been noted in many areas of health, including depression, addiction, and immune therapies. Why these differences occur is better understood in some disorders than in others. For example, some bone and joint angles are different in men and women, which also affect stress points where orthopedic problems are likely to occur. However, research into many health differences seems to have been less directed toward the whys than to how they affect diagnosis and treatment.

Heart attack is a classic case.

"In an acute coronary, women may present with atypical symptoms," Salpy Pamboukian, MD, director of UAB Women's Heart Clinic, said. "Instead of the crushing chest pain we hear about in men, they may have arm or jaw pain or nausea. They may not realize they are having a heart attack. They may think of heart disease as something that happens to men or older women, but it can happen to younger women, too. Heart and vascular diseases are the number one killer of women.

"Particularly in women before menopause, heart disease may not be the first thing their doctor thinks of. Symptoms that don't fit the classic presentation may be attributed to GI problems like acid reflux, menopause or anxiety. This can be a barrier to getting a diagnosis in a timely manner. Unfortunately, there is an implicit bias. Women's symptoms are more likely to be attributed to anxiety, and they are less likely to get a more invasive diagnostic procedure such as a cardiac cath.

"Once women are diagnosed, standard treatment recommendations are generally the same as for men. The difficulty is that these recommendations are based on studies of white men. As of now, we don't know whether this is the best treatment for women or for Hispanic or African American men. The studies aren't available."

That is changing, however. Science is recognizing the importance of diversity in recruiting participants for clinical trials.

"In the 20 years I have been a cardiologist, I've seen a shift to a greater emphasis on the demographics of how we design a trial," Pamboukian said. "This is an area UAB is known for--we put a priority on recruiting participants who come from the same backgrounds as the patients we want to help."