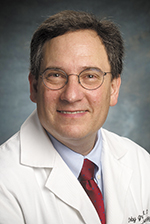 A complex network of arteries and vessels supply the oxygen-rich blood that nourishes the millions of neurons that make human thought possible. This is also where clots that block this blood- flow trigger the ischemic crisis that causes 80 percent of strokes.

"During a stroke, there is a core infarction in the immediate area that we won't be able reclaim. However, there is also usually a much larger area of brain at risk--the penumbra," Toby Gropen MD, Director of the UAB Comprehensive Stroke Center, said. "Other vessels might be able to supply an alternate route for oxygen for a time, but to save those millions of brain cells and the functions they perform, the blockage has to be cleared, and time is critical."

The development of the clot-busting drug tPA created hope that clots could be cleared without more invasive brain surgery and the associated risks. But the drug has to be administered within a finite window. And if it doesn't work, what then?

"When patients wake up with a stroke or fail to recognize the signs in time, they may not arrive at an ER until it is too late for a clot buster to offer much hope," Gropen said. "We have pushed the envelope in some cases to see benefits up to four and a half hours after onset, but each patient's condition is unique."

If tPA isn't an option, if the clot fails to dissolve completely, or it is very large as can be the case in major vessels, neuro-endovascular intervention to remove the clot by catheter could offer many patients their best hope for recovery.

"Neuro-endovascular intervention is a specialized skill that requires specific training," Gropen said. "As of now, there are only a few interventionists in Alabama's larger cities. Fortunately, UAB has three on staff, so we can perform the procedure 24 hours a day.

"Interventionists use a combination of tools inserted by catheter through the femoral artery. The stent retriever looks a bit like a stent. It expands to grab the clot, and suction can be used with it to pull out debris. We achieve good outcomes in reestablishing blood flow in 70 to 80 percent of our patients. Still, time is critical. While some patients may have 24 hours or more to get into the cath lab, others may have only six hours or less, depending on their circulation."

It is extremely important that patients learn to recognize the early signs of stroke so they can seek care as soon as possible.

"Teach them about FAST. If there are changes in the face, arm or speech, it is time to call 911. Don't try to drive to the hospital or a doctor's office. Birmingham area EMS personnel do an excellent job of getting stroke patients where they need to be," Gropen said.

Treating stroke is a team effort at UAB which houses the state's first comprehensive stroke center.

"Our vascular neurologists do initial evaluations to determine what type of treatment is most likely to benefit which patient," Gropen said. "Then, in addition to neuro-endovascular interventionists and neurosurgeons, we have a large neurocritical care team of nurses and staff in place 24 hours a day to help Alabama's most complex stroke patients survive and recover."

It is unfortunate that Alabama is in the center of a stroke belt that extends across the south. There may be a number of factors that affect this.

Southern food tends to be too fried, sweet and starchy. And southerners don't tend to be as enthusiastic about exercise as people in other parts of the country. Genetics are also involved, with hypertension a serious problem in our larger African American population, and the same English and Scottish families living in the Appalachian mountains of north Alabama.

However, there are also social, economic and environmental factors in play. Perhaps people would eat better if there wasn't such a high level of poverty, and we might exercise more if the summers weren't so hot.

"Even accounting for lifestyle habits and genetics, stroke numbers are still higher here than they should be," Gropen said. We still have a lot to learn, but UAB's neurology researchers are busy looking for answers."