More than 60 million Americans - nearly one in five residents - live in rural communities. While these small towns and wide swaths of farmland are an integral part of the American fabric, the nation has seen the rural population drop from 54.4 percent in 1910 to 19.3 percent a century later, according to the U.S. Census Bureau. As Americans have migrated to urban areas and urban clusters, it has become increasingly difficult to sustain services, particularly access to healthcare, in many of these rural communities. 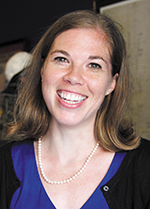 By the beginning of this year, the National Rural Health Association (NRHA) counted 95 rural hospital closures since 2010 and identified nearly 700 other facilities as being vulnerable for closing. "Everything that NHRA works on can be boiled down to one thing ... and that's access," stated Diane R. Calmus, regulatory counsel for the NRHA.

The reasons for the closures are multifactorial. "It would be really easy if there was a silver bullet to solve the issues, but this has been the result of a whole lot of small cuts," said Calmus. "A lot of cuts that have happened in D.C. have impacted rural hospitals in a way that haven't impacted urban counterparts with a different payer mix," she continued.

In its #SaveRuralHospitals action center, the NRHA noted, "The rate of closure has steadily increased since sequestration began and bad debt cuts began to hit rural hospitals, resulting in a rate six times higher in 2015 compared to 2010."

Rural hospitals often lack the specialty services that bring in higher reimbursement to offset losses on general inpatient care and surgeries. Add to that, Calmus continued, "Rural Americans tend to be older, sicker, poorer than their urban counterparts."

She continued, "We know from MedPAC that at least since 2016, Medicare margins have been, on average, negative. By definition, rural hospitals are providing that frontline care, and that's where negative margins are even worse."

Calmus said the bad debt cuts have been particularly hard for rural hospitals for a couple of key reasons. Prior to the Affordable Care Act, hospitals could write off a significant portion of their bad debt. However, since ACA was supposed to expand health insurance to everyone, the theory was bad debt would drop dramatically. Therefore, a bad debt cut was put in place. When Medicaid expansion was overruled by the Supreme Court, it left a coverage gap for a lot of Americans, which has been disproportionately felt by rural hospitals with a smaller patient census to offset uninsured care.

Even when serving patients with insurance, rural hospitals often have been left with bad debt since paying a $5,000 deductible is nearly impossible for many people. The very nature of frontline care means that rural hospitals often stabilize a patient before sending that individual to an urban counterpart for more specialized treatment. Rural hospitals have found their services fall into the 'deductible' part of patient care, whereas insurance has kicked in by the time the patient is transferred to the larger urban center for continued services.

"We've seen a 50 percent increase in bad debt at rural hospitals that we haven't seen at urban hospitals," noted Calmus.

Sequestration is another area where federal cuts have made it increasingly difficult for some rural hospitals to keep their doors open. "Critical Access Hospitals were paid 101 percent the cost of providing care. That was cut by 2 percent by the sequester. If you do the not-so-difficult math, they are not being paid the cost of care," Calmus said of the cost deficit faced by CAH-designated facilities.

The 'death by a thousand cuts' reality has taken a steep toll on rural hospitals across the country. "From 2018, 46 percent of rural hospitals were operating at a loss. That's up from 44 percent in 2017 and 40 percent the year before that," outlined Calmus.

Yet another threat to access is a lack of providers. "Recruitment and retention of physicians is always an issue for rural hospitals," said Calmus. This is particularly true for a number of specialties. "Between 2004 and 2014, we've seen more than 200 rural communities lose their hospital-based obstetrics. Now, the majority of rural counties don't actually have a place to deliver a baby," she continued. Coinciding with the decrease in obstetric services has been an increase in precipitous deliveries with more rural babies delivered at home, in ERs, or in the back of an ambulance or in a car en route to a larger facility.

On a more positive note, Calmus said, "340B is one of the bright spots in rural healthcare." In addition to keeping the doors open, she said a number of hospitals are using the 340B money in innovative ways to improve care delivery ... and, she stressed, the 340B money isn't paid for by taxpayers. "The threats to 340B are frequent. We 're working constantly to educate legislators and the administration on how well hospitals are using this money," she admitted.

Happily, there are plenty of success stories to share. "Rural hospitals are uniquely positioned to know their patients in a way doctors in urban communities can't," she pointed out. Calmus noted one hospital in Kansas kept seeing a family in the emergency room because they had an infestation of bed bugs. Using just a few 340B dollars took care of the problem at a fraction of the cost of an ER visit. Similarly, another patient was having a hard time controlling his diabetes. Tapping into resources to pay his electric bill meant his insulin could be properly refrigerated and therefore more effective.

Calmus said rural hospitals have become incubators for innovative practice. "In so many ways, it's the rural hospitals who are figuring out how to do more with less," she pointed out, adding that work mirrors the national call to deliver high-value care in the most cost-effective manner possible.

Despite the many ongoing threats to the nation's rural healthcare facilities, Calmus said there is much to be excited about, as well. "Rural America is a great place to practice medicine in the cradle-to-grave model so many providers say they want to practice."