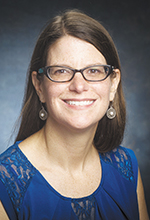 It's resolution time again, and as usual, getting in shape and losing weight are likely to be near the top of most lists. However, one often overlooked health habit could make many of the others easier to achieve, and could have a positive influence on health for a lifetime.

Sleeping well and getting enough sleep time on a consistent basis has protective effects on both body and mind. A lack of sleep and poor sleep quality can contribute to health problems now, and may play a role in developing problems as we age.

During sleep, the brain does its housekeeping and maintenance. Cells shrink slightly, allowing fluids to wash away the debris of the day, including amyloid molecules that might otherwise form plaques and tangles. Research has suggested this might account for one way that sleep could influence the progression of neurological diseases like Alzheimer's.

In Parkinson's Disease, sleep disturbances can be both an early symptom and a continuing problem that impairs function.

"Parkinson's affects sleep, and poor sleep affects how Parkinson's patients are functioning during the day," Amara said. "Sleep fragmentation is often a major problem. Patients tend to wake frequently through the night, and that makes getting enough deep sleep and REM sleep difficult. With muscle control problems, turning over to get comfortable isn't easy. Changes in the nervous system increase the frequency of waking to go to the bathroom, which also increases the risk for falls."

A study Amara has just completed looks at how exercise could be used to help Parkinson's patients sleep better.

"We compared two randomized groups of Parkinson's patients," she said. "The control group learned about sleep hygiene. The second group participated in high intensity exercises, moving from one exercise to the next without resting in between. We are still compiling data, but over the 16-week study, we found that exercise did make a difference in helping participants sleep better than the control group."

Past studies have suggested exercise might have a protective effect against Parkinson's Disease or the progression of its symptoms, but how and what type of exercise works best for which patients are areas that needs more investigation.

"We can't be sure yet how much to attribute to exercise, or whether people who are developing movement disorders tend to exercise less because of them," Amara said. "However, exercise does help with strength and balance, and quality sleep helps people feel better overall."

The lack of sleep also has an impact on health in earlier years. Studies have shown that sleep disruption for several days can create metabolic disturbances that mimic diabetes, with insulin and blood sugar changes. It takes a toll on blood pressure, the cardiovascular system and immune system. Serious accidents are more likely as nervous system responses and judgment are impaired. ADHD, depression, mania, dementia and other cognitive symptoms that aren't yet clinically significant can increase to the point of needing treatment.

On the plus side, studies at UC Berkley, Harvard and other research centers have shown that good sleep is essential to learning and memory. During sleep, the brain sorts, downloads and consolidates the meaningful memories of the day. In the sorting, sleep brings ideas together and can stimulate creativity. All the body's essential systems take advantage of the circadian down time to reboot, repair and renew.

Some sleep difficulties stem from physical disorders that may need evaluation. Apnea and narcolepsy may require medical intervention. REM sleep behavior disorder, which sometimes occurs in people who later develop neurological conditions such as Parkinson's, turns off protective sleep paralysis so that dreamers begin to act out their dreams, which can be disconcerting and even dangerous for both the sleeper and anyone sharing a bedroom.

However, most sleep problems today seem to be a byproduct of modern life. Before electric lights, people slept up to 10 hours a night. In 1942, Americans slept an average of 7.9 hours. Now it's closer to 6.5 hours. In addition to living in the stresses of a 24-hour news cycle in a 7-day-a-week world, taking work home with us and television give us reasons to stay up. When we do go to bed, it is often with the blue screen of a smart phone disrupting melatonin production.

An estimated 50 to 70 million Americans have chronic difficulty sleeping, which can range from sleep onset insomnia to sleep maintenance insomnia that leaves them wakeful in the middle of the night. Knowing how essential sleep is to health, how do we take a proactive wellness approach and change habits to get enough of the quality sleep time our bodies so desperately need?

Sleep experts recommend gearing down toward sleep as part of a daily routine. Wake and go to bed at about the same time every day. Stop consumption of caffeine in early afternoon, and time eating so you won't be too full or too empty at bedtime. Then turn down the lights--particularly blue light from electronic screens--about an hour before bedtime to give melatonin levels time to rise. Some studies have suggested that even one second of looking at a 100-watt bulb can stop melatonin production.

"Creating an environment for sleep is important," Amara said. "You need a dark, quiet, calm place your brain associates with sleep, so don't work, watch TV or play games on your phone in bed. If you can't sleep, get up. You don't want to create an association with your bed and not sleeping. Get up and go somewhere else and do something that isn't too stimulating. If you read, choose something a little boring and not a page turner. It also helps if the room is a couple of degrees on the cool side. As your body cools down, it helps you go into a sleep cycle."

Sleep has been called the third pillar of wellness, following nutrition and exercise. It might be more apt to think of it as the foundation of wellness, supporting the other healthy behaviors that make wellness possible. When considering the health goals we resolve to aim for this year, there are good reasons the sleeping well should be near the top of the list.