Moving beyond Wellness to Well-Being 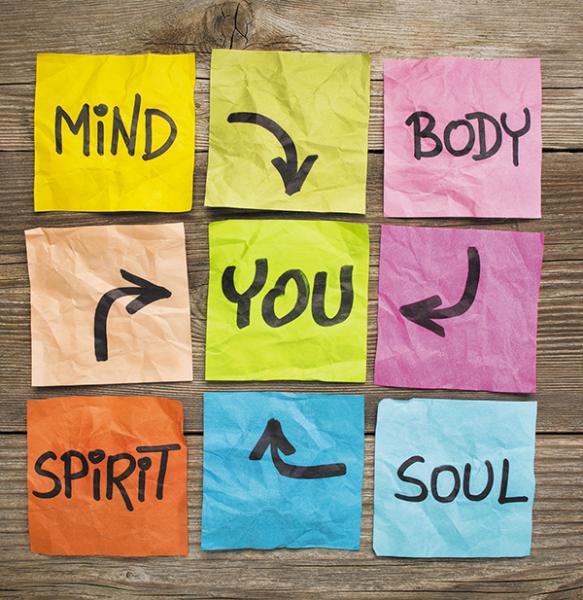 For healthcare providers, the traditional focus has been on physical health and wellness. With value-based models and an emphasis on holistic care, however, attention has increasingly turned to an individual's overall well-being.

For the past decade, Gallup and Sharecare have harnessed powerful information from more than 150,000 annual surveys - with a cumulative database now in excess of 2.5 million surveys - to capture individual perspectives on daily life and assess the state of well-being in America. The "2017 State Well-Being Rankings," released in 2018, showed last year was a challenging year for Americans' well-being. 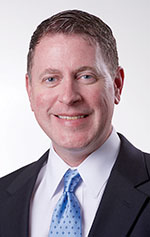 While Alabama moved up from a ranking of 44 in 2016 to 38 in 2017, Dan Witters, who is research director for the Gallup-Sharecare Well-Being Index, noted the jump was less about improvement in Alabama and more about declines in other states. Alabama's index score dropped very slightly from 61 in 2016 to 60.8 last year. However, there were significant declines in well-being in 21 other states. "It was easily the worst year-over-year change at the state level we've had over 10 years," Witters said of the 2017 rankings. As a nation, the overall index score dropped from 62.1 in 2016 to 61.5 in 2017.

In the report, Sharecare CEO and Founder Jeff Arnold noted, "The stark difference in our country's well-being today versus just a year ago underscores the need to understand, assess and nurture the health of our populations comprehensively and continuously."

Witters noted, "Physical health is one of the five elements of well-being, but it goes well beyond that." He said the other drivers of overall well-being are social, purpose, financial and community elements.

"Social well-being is the love you have in your life," said Witters, adding it's the energy you derive from supportive relationships. "Purpose well-being is an important one," continued the principal for Gallup. He added it's about having the right vocation - which Witters said might be a job but could also entail being a student or stay-at-home parent or volunteer. "It means liking what you do every day. You're doing things that come natural to you and that you naturally like," he explained.

Witters continued, "The last one is community well-being. It's how proud you are of the place you live. It's how safe you feel, and it's how much you give back to it ... impactful voluntarism." These five elements of well-being, he noted, are what comprise the annual index.

He added the extensive Gallup-Sharecare database allows their researchers and analysts to follow trends over time beginning with a baseline score and control for numerous factors including race, ethnicity, education, income level, age, and more. The findings are clear that those who have higher overall well-being fare better when it comes to disease burden. "Those high well-being people are much less likely to attain new onset disease burden than their lower well-being counterparts," Witters pointed out.

He added that even as they age, those with higher well-being have a slower rate of developing conditions with age-related risks including high blood pressure, heart disease and diabetes. "High well-being individuals are healthier at baseline and more likely to stay healthier," he said in comparison to those who rank lower on the well-being scale.

Interestingly, Witters noted the physical well-being portion of the latest rankings weren't the real red flags. While obesity, diabetes, smoking and physical activity continue to be issues across the country, he said there were slight improvements in most of those areas and noted smoking rates have dropped to their lowest level. "The problem in 2017 versus 2016 was the emotional, mental and psychological aspects of well-being," he said.

Witters said, "Clinical diagnoses of depression went up over a point to the highest rate it's ever been." He added daily worry and stress were also up. "Well-being came down even as the economy continued to improve," he noted.

Considering the impact on overall health and disease burden, what can physicians do to address overall well-being? Witters said there are several options providers should consider for both their patients and employees.

"We actually have a survey instrument developed that's quick and provides a well-being score," he said. Practices and hospitals could make the survey, which only takes three to five minutes, part of the intake process with the resulting assessment being included in the patient's file. "That can impact instructions on discharge," Witters said, adding that knowing a patient has low social or financial well-being could prompt sharing information on transportation or medication assistance programs. "High well-being patients have a substantially lower probability of medical adherence failure and 30-day readmit rates," he pointed out of the benefit of intervention for those with lower well-being.

As employers and community leaders, he said physicians and healthcare executives could sponsor Blue Zones Projects® in their communities. National Geographic Fellow Dan Buettner discovered five longevity hotspots in the world - dubbed Blue Zones - where people enjoyed the longest, healthiest lives. His best-selling book that shared the common characteristics from those communities has now morphed into a community model in conjunction with municipal governments, large employers, health insurers and providers to turn those lessons into action by making the healthy choice the easy choice. For more information on Blue Zones, go online to BlueZonesProject.com and BlueZones.com.

The current Gallup-Sharecare Well-Being Index results were based on telephone interviews conducted from Jan. 2-Dec. 30, 2017 with a random sample of 160,498 adults (aged 18 and older) living in all 50 U.S. states and the District of Columbia. For results based on the total sample of national adults, the margin of sampling error for the Well-Being Index score is ±0.15 points at the 95 percent confidence level. The margin of sampling error for most states is about ±0.6 points (with slightly higher margins of error for the smallest population states including North Dakota, Hawaii, and Delaware).