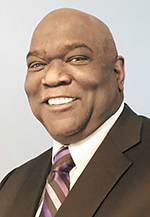 Starting January 1st, Medicare will put the competitive bidding program (CBP) on durable medical equipment on hiatus. For patients and businesses alike, this opens the door to easier access and a larger market in Birmingham for the sales and rentals of anything from nebulizers to prosthetics to home hospital beds.

For the past eight years, Birmingham has been under the strictures of the CBP, which began with a test model in Clearwater, Florida in 2008. CMS was aiming to lower expenses as mandated by Congress through the Medicare Prescription Drug, Improvement, and Modernization Act of 2003 (MMA).

They implemented a bidding process among companies to vie for the durable medical equipment (DME) market in that one city. "There were approximately 40 medical suppliers there, but after they began the bid process, it went down to three," says David Mayes, RRT, respiratory therapist at AccuRX pharmacy and infusion center in Birmingham. 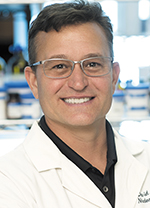 Any Medicare patient in the area who needed equipment, from canes to oxygen, had to purchase from one of those three companies. "By instituting the competitive bid, the theory was to provide high-volume, low-margin business to a few providers to save money. It's the Walmart philosophy," says David Bush, RPh, nuclear pharmacist and founder of AccuRX.

After several years, CMS deemed the test successful and, in 2011, expanded it to specific cities nationwide. In Alabama, Birmingham was deemed one of those areas, qualifying as a large enough Medicare market.

Five providers were chosen for metro-Birmingham. "It was all calculated based on the census," Mayes says. "There could be a hundred providers in Huntsville, but in Birmingham, because we fell under competitive bid, there was only those five."

Things began to unravel years later when companies began denying patients or going out of business. "The model proved they could save money, but when it went national, the companies got these low, low reimbursements, and it drove them out of business," Mayes says, explaining that the companies could not support the additional vehicles, staff, and ongoing overhead needed to serve the larger patient base. Some pulled back on their services and others went bankrupt, leaving patients stranded.

The solution was not as simple as switching companies. If a piece of medical equipment was close to the end of its lease, other companies would refuse the patient, because Medicare only pays the rental fee on equipment for a certain length of time. "After that, CMS considers the equipment paid for," Mayes says. "If a new provider picked up that patient late in the lease, they would get little or no reimbursement.

"It became an absolute mess. Thankfully the problem wasn't as bad in Birmingham as in some other parts of the country."

The other downfall of the program centered around a lack of service with the equipment. The DME companies scaled down to the bare bones, alleviating nurses and respiratory therapists.
"So now there was no true clinic follow-up, and patients went without, and doctors didn't have clinical eyes within the home," Mayes says. "That is where it really started to turn."

Patients ended up back in the emergency room. "CMS may have saved money on durable medical equipment, but it increased their costs on readmission and hospital fees," Bush says.

The result was a return to the open market. "CMS announced that in January 2019, it was going to open back up the normal standards of the market, so anybody who has a Medicare number can now accept Medicare patients," Mayes says. Since it's mandated as part of federal law, CMS is calling it a temporary gap in the program, which they expect to last until December 31, 2020.

"I don't believe you'll see a surge of new providers on January 1st," Mayes says. "The ones still providing to patients of private insurers, like Blue Cross, will likely come back to the Medicare market. So from the five we now have in business from competitive bids, we'll see maybe five more come back."

Because the reimbursements will remain at the competitive bid rates, Birmingham's MDE market may never regain the provider numbers from ten years ago. "But I think we're going to see some strategic moves in the market as far as specialty providers in critical care, like for oxygen, where the reimbursement is significantly more," Mayes says.

"New patients won't notice any difference, but existing patients will see that their physician can now offer them a choice," Bush says. "It will never be like it was before, though, because with the reimbursements chopped, no provider will likely ever deliver things on the same day."

However, both physicians and patients may once again find that MDE providers will be supplying clinical expertise, through nurses, therapists and pharmacists, and will follow-up, even on something as simple as a nebulizer.

"Many times under competitive bidding, the patient had to go and pick up the nebulizer and the medication at a different location," Bush says. "Now one place can provide the machine and the medication, instruct the patient on its use, and follow up with them to keep that patient out of the ER. I think the healthcare in Birmingham will increase tenfold."