When Basic Science Becomes a Breakthrough 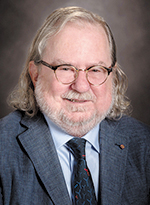 The fourth CRI-CIMT-EATI-AACR International Cancer Immunotherapy Conference was held last month in New York, drawing thought leaders from around the globe to focus on "Translating Science into Survival."

Allison, chair of Immunology and executive director of the Immunotherapy Platform at the University of Texas MD Anderson Cancer Center, and Tasuku Honjo, MD, PhD, of Kyoto University in Japan, were awarded the 2018 Nobel Prize in Physiology or Medicine for launching an effective new way to attack cancer by treating the immune system rather than the tumor. In particular, Allison's basic science discoveries on the biology of T cells and his invention of immune checkpoint blockade to treat cancer led to the honor.

O'Donnell-Tormey stressed that this conference had always been about the science, rather than late-breaking, phase 3 clinical trials. However, she noted, focusing on the science, biology and mechanisms of immunotherapy could clearly lead to exciting breakthroughs as evidenced by the work of Allison and the other panelists.

"Jim, as I've said before, is a died-in-the-wool immunologist who never set out to hope to cure cancer but rather was just trying to understand how T cells worked," said O'Donnell-Tormey. She credited his recent accolades to being an outstanding scientist with an inquisitive mind and the gift of persistence - noting that when he discovered CTLA-4, nobody ... with the possible exception of CRI ... really thought immunotherapy would become the fourth pillar of cancer treatment.

Allison noted Lloyd Old, MD, one of the founders of immunology and the founding scientific and medical director of CRI, imparted a lot of wisdom, including 'learn something from every patient.'

As immunotherapy has gained traction, Allison said that core tenet should be remembered. "One of the things I think we're facing now is there's somewhere in the order of 2,000 clinical trials going on with checkpoint agents in combination with something else. And that 'something else' is usually chosen just because a company owns it or because for some reason somebody decides it's a good idea, but in very few cases has there been a combination that's based on data ... that's based on understanding."

Harkening back to Old's advice, Allison said more samples should be gathered from patients even if the combination therapy doesn't have the desired outcomes. "You could understand something about a combination by knowing what didn't happen," Allison stated.

He also made a plea for more unfettered basic science. While humbled and thrilled that his work has become clinically significant, Allison said he started out as an undergrad whose attention was caught in a lecture on T cells, which had been newly discovered at the time. "I was really just trying to understand the immune system," he noted.

Allison said he believes there is too much emphasis today on having to always spell out relevance in order to receive grant funding. "How do you know what's going to be relevant or not?" he questioned. "I know one thing - that nobody who was trying to discover how to use the immune system to treat cancer would ever have found CTLA-4 because there would be no reason to look for it." He continued, "Pick your problem, work on it, do the best work you can and then try to figure out how we can use it to treat diseases."

Calling Allison a true pioneer, Mackall noted that his story is an important one to tell. "I want the average citizen to understand why we need to invest in science. Having smart people like Jim be free to pursue a hunch that he thinks might turn into something some day ... or not."

When smart, talented people are given the opportunity, she continued, fundamental discoveries are made. "It takes a long time, and you've got to keep at it ... but at the end of the day, you can cure people who were otherwise incurable. This is why it's just so important that we believe in the power of science and innovation and technology."

O'Donnell-Tormey concurred, noting science isn't linear and requires sustained funding and the luxury of time to be able to fully explore ideas. She added that not every hypothesis turns out as planned. "I think you can learn as much from failure as you do from success, and that's what science is about," she opined.

Bhardwaj said Allison's work illustrated how a scientist devoted to understanding a mechanism has had an enormous impact on thousands of patients ... and probably tens of thousands, possibly hundreds of thousands in the future. She added his work has led to developments in cancer immunotherapy that have added many years to patients' lives. "He's really laid the foundation for the whole field in terms of developing many, many new agents," Bhardwaj continued. "We will see the impact of this discovery for years to come."