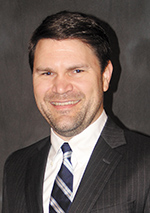 "The perception is that a Do Not Resuscitate order--at least for families and patients--translates as do not treat. That's a communication hurdle we have to overcome regularly," says Greg Ayers, MD, director of palliative medicine at Princeton and Brookwood Baptist Medical Centers. "Probably a better phrase for it would be to allow natural death."

In other words, people create a Do Not Resuscitate (DNR) order to define whether they wish to die naturally in the case of loss of a heartbeat or whether they want healthcare professionals to try to bring them back to life using intense measures. These attempts could involve cardiopulmonary resuscitation (CPR), advanced cardiac life support (ACLS), defibrillation, artificial ventilation, tracheal intubation, and advanced resuscitation drugs such as antiarrhythmic agents and opioid antagonists.

"Because of TV, people think that the patient gets brought back most of the time. It's just the opposite in reality," Ayers says. "Many of these heroic efforts are not successful, because they're meant for people who are in pretty good shape. Hospitalized patients with a poor prognosis, however, have a poor chance of surviving."

In 1991, Congress passed the Patient Self-Determination Act (PSDA) requiring most healthcare facilities to inform patients about such end-of-life planning tools as a living will and DNRs, both of which stipulate their care in the case of them losing the ability to make or communicate their own healthcare decisions.

Physicians, however, overwhelmingly have DNRs. In a 2013 survey led by a Stanford University School of Medicine researcher, 88 percent of the 1,081 physicians participating opted for DNRs.

Yet physicians often hesitate to discuss end-of-life options with patients. "I think some doctors sometimes shy away from difficult discussions because they're afraid of destroying hope," Ayers says. "It's just the opposite, patients want to talk about these things. They want to have this talk with their doctors."

"Ultimately, the discussion is about matching treatment to values," says Michael Barnett, MD at the UAB Center for Palliative and Supportive Care. "It's figuring out what's more important to patients and family in the context of what we know about their illness. So a lot hinges on honest and open conversation about prognosis and expectations."

Physicians should also appreciate their valuable role of providing patients with a knowledgeable perspective on their prognosis. Otherwise, patients may rely on less informed social workers or nurses at a facility for guidance. "A physician can know the situation from a different level," Ayers says. "The patient may get more information about the disease prognosis and things that will be done if a code blue does happen."

"There's so much uncertainty in the course of a disease," Barnett says, explaining that with their unique experience, physicians can present patients considering DNRs with medical scenarios that they may not think of and that their families, counselors and lawyers may not know exist.

For instance, if a patient is dying of lung cancer, they may want a DNR. However, that might not be true in all situations. "They may want to aggressively treat what is reversible even in the face of a potentially incurable, irreversible illness," Barnett says, such as terminal lung cancer patient with a DNR but wishing to be resuscitated if a short-term affliction, such as influenza, created an end-of-life episode from which they could potentially recover and live comfortably for quite some time.

"Medicare pays for advanced care planning," Ayers says. Code 99497 covers the first 30 minutes of face-to-face conversation with the patient, family members, and/or the surrogate about making out advanced directives and what can be done in the event of a life-changing illness. Code 99498 covers additional 30-minute increments. "It encourages physicians to have this talk before patients are gravely ill," he says. "It's a great tool.

For those caught without a DNR or healthcare power of attorney that designates a surrogate decision-maker, Alabama law clearly outlines the hierarchy of the decision-makers--court-appointed guardian, spouse, adult children, parents, siblings, and then extended family. "Common law spouses used to exist in Alabama, but that ended in 2017," Barnett says. Though anyone defined as a common law spouse prior to 2017 retains that title.

Ayers reminds physicians facing tricky DNR situations that they have a support network to call on at hospitals; for instance, if an unconscious patient with no advanced directives is reliant on an estranged brother and a close companion who is significant to the person. "If the two disagree on the DNR order, you want to get the right decision for the patient," Ayers says. "You might refer it to the ethics committee, which each hospital has, and have them help the physician determine which decision is most in line with the patient's decision."

Both physicians agree that most family members and friends desire to make good decisions and not see the patient suffering, no matter how vehement their disagreement on the end-of-life care for their loved one. "More times than not, when they get together, when they hear what the others are concerned about, they often get on the same page," Barnett says.

"It takes time. It may take more than one meeting and giving people time to work through their grief," Ayers says. The moment a loved one sees the patient on a life-support machine or hears a dire prognosis, they may begin grieving at that point. "You may have to let those things play out."

But generally those involved come to a consensus. "You may find that hard to believe," Ayers says. "But they talk these things out behind the scenes. I can't emphasize the importance enough of multiple meetings and giving them time and space."