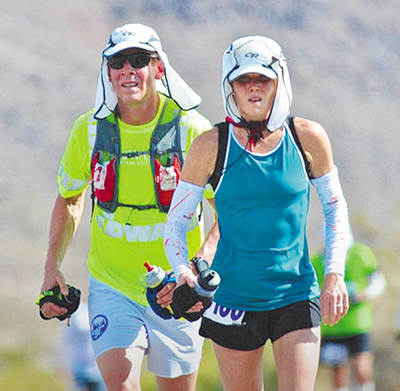 The Badwater® is one of most grueling races in the world.

Micah Morgan, CRNP has never shied away from a challenge. After earning her nursing degree from UAB in 2011, Morgan began working at the UAB Medical Intensive Care Unit and quickly developed a passion for caring for the critically ill.

"I loved learning from the critical care team and caring for critically ill patients," Morgan said. "I became passionate about caring for people in the end stages of life. I also got to see patients regain control of their health and leave the hospital." And she learned a lot about striving to meet expectations, even under the harshest of circumstances.

It was this passion that led to her decision to seek a nurse practitioner's degree. Morgan didn't want to only provide the best care possible to people already in the hospital - she wanted the autonomy to help give them the knowledge to keep themselves out of it altogether.

"I love the opportunity to educate my patients on disease processes, medications and a healthy lifestyle. I enjoy listening to their concerns and questions," said Morgan, who now practices with Southeast Gastro. "If I can offer a creative solution to motivate them to take control of their bodies, I feel my work day was successful."

This commitment to health hasn't only served Morgan well in the workplace. In 2018, she took part in the 41st edition of the Badwater® 135, one of the world's most demanding foot races. Spanning 135 miles from Death Valley to Mount Whitney, California, the race is full of challenges that can deter even the most dedicated runners. If the heat doesn't get to you - and it is considerable, with the 2018 race being the hottest on record - the increasing elevation almost certainly will.

Morgan took this challenge in stride, pushing through the obstacles and finishing ninth overall and third among female contestants. This is only the latest marathon in her running career. "I ran my first marathon shortly after college," Morgan said. "I began to develop a passion for running which led to more races and training with faster runners. They pushed me to train harder and to be competitive." This is also where she met her husband, who has become her biggest supporter. 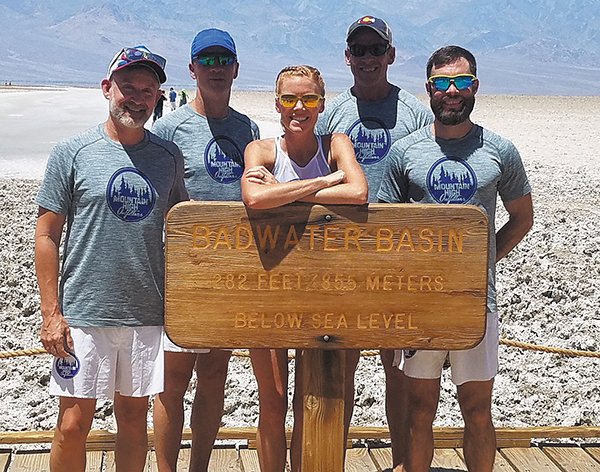 Morgan with a group of runners.

Of the race itself, Morgan acknowledges that it was incredibly challenging. "Difficult moments will happen in an ultrarace. It is hard to be positive 100 percent of the time. All ultra-runners speak of dark patches at some point in every race that you must push through. You have to fight your brain telling you to stop, and listen to the inner voice in your heart pushing you to never give up," Morgan said.

This is the same kind of persistence that she discovered in herself when she was first working at UAB. "I was part of a team that persevered throughout each work shift. We went through many emotions during a shift and pushed each other daily. I was able to find the deeper meaning of perseverance during this time."

As for what Morgan took away from her Badwater® 135 journey, there is a lot to unpack. "I have learned that I am a tough woman. I have the drive to push through adversity. When we dream, we often see ourselves at the top of the podium and forget the process that gets us there," Morgan said. "I was able to overcome pain, failure, stress, fear, and injury to reach a goal and cross a finish line. This bleeds into real life as well. I have learned no matter what obstacles are in my way, I can overcome them."

Morgan also took inspiration from the landscape itself, finding motivation and beauty where she least expected it. "I realized throughout Badwater that there is beauty in the desert. When thinking about a desert, images of dryness, loneliness, and death come to mind. When I looked beyond what was directly in front of me, my attention was captured by the vastness of mountain ranges and incredible pigmentation of those mountains. I have realized that whether it is a difficult patient or life circumstance, there is a bigger picture and we have to step back in order to see it sometimes," Morgan says.

Morgan will continue striving to help her patients succeed now that the marathon has ended - and who knows where the next race might take her?