Everybody's Got a Story 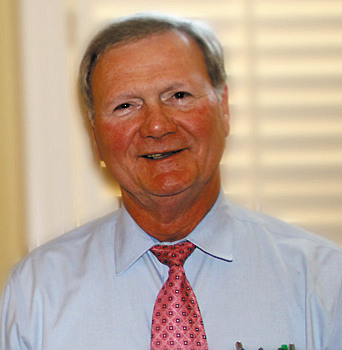 Steven Stokes, MD grew up on a small farm in rural Alabama, which means he has lots of stories to tell about life in the country with cows, the 4-H Club and football, all woven together with a closely knit family that seemed to get the better of him whether he liked it or not.

Stokes put pen to paper and wrote about his life on the farm, his time serving as a Marine in Vietnam, the misadventure of nearly missing his trip to the altar to wed his sweetheart, to the world's worst medical school admission interview. His book, Everybody's Got a Story, is available on Amazon, and all proceeds go to charity, which is something Stokes is also very serious about.

"I don't really remember how I got so involved with Love In Action," Stokes said. "I've been doing this for about five years now, and I remember it started with a phone call asking for help. That's all it took."

Although Love In Action Ministries is headquartered in Dothan, volunteers help residents in the Philippines, Myanmar, Haiti, and Pakistan. Stokes and three other physicians from the Houston County Medical Society signed on to help render aid every Thursday evening during the medical clinic hours.

"We're all volunteers," Stokes said. "I tell people that it's a low return on investment. People get burned out when they volunteer. They want to change the world which, of course, won't happen. But occasionally you have some people who will turn their lives around. So then, you're changing the world for those that you can help. You have to start somewhere."

The largest population Love In Action aims to help are the homeless individuals that tend to get lost in the shuffle.

"The people we help are the homeless people who live under a bridge that barely have clothing and don't have access to the health care," Stokes said. "We have a lot of migratory people here who will come through this area going south in the fall because winter is coming, and in the spring they head back north. This is a high-transit area, so we do what we can at Love In Action.".

One saving grace for the charity has been the giving spirit of area nursing homes and physician practices and their willingness to donate supplies to further Love In Action's mission, which extends beyond medical care. Area churches contribute to the charity for nondenominational services on the weekends and during the week the doors open for an opportunity to shower, change clothes and get a hot meal.

Stokes knows the community rather well. But it was his interest in solving the community's problems that called him to serve on the city commission for two terms and one term as chair of the school board.

"You never know what the long-term change is going to be," Stokes said. "Change takes a while. I like solving problems, and that's how I got involved with government. Keeping our constituents happy wasn't as easy. I'm glad doctors are serving more in their communities because they need to be involved in what happens around them."

Gov. Kay Ivey recently reappointed Dr. Stokes to the Board of Trustees at the University of South Alabama College of Medicine, his alma mater, but he insists this will be his last term after serving for 24 years.

Stokes wrote in his book that "Many people pass through life and leave no tracks - nothing to bear witness to their passing. At best, they have a stone marker on their graves, or maybe a few kids who remember their names for one or two generations before oblivion."

Stokes continues to make his mark on plenty of lives through his work with Love In Action in Dothan. If you would like to make a donation or to learn more, click: http://loveinactionministries.com/dothan

His book has a five-star rating on Amazon. Visit Amazon and type in "Everybody's Got a Story: Short Stories from South Alabama."