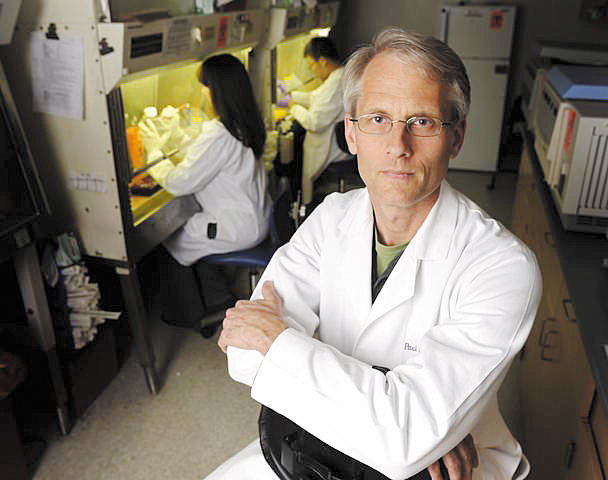 A hundred years ago, the influenza pandemic of 1918 swept the globe, killing between fifty and a hundred million people--between three and five percent of the world's population.

Although this year's difficult flu season was only a pale echo of that epidemic, it was deadly enough to remind us what could happen if a strain as lethal as 1918 emerges again in today's global travel environment, especially if the effectiveness of flu vaccines are as disappointing as we have seen this season. The need to find more effective ways to protect our population from flu and other infectious diseases is obvious. The clock is ticking, and researchers around the world and here in Birmingham are working to develop new and better vaccines. 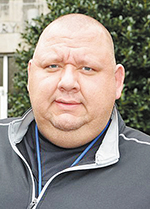 "Based on the available evidence, a mutation occurred this season when the vaccine was developing in eggs," Landon Westfall, PhD, of Southern Research Institute, said. "In the past, eggs worked fine for many types of vaccines. However, strains like the H3N2 we saw this year are very adaptive and tend to mutate. The mutation that occurred in eggs created a different antigen, which produced an antibody that had a difficult time recognizing the pathogen. The circulating strain and the mutated strain in the vaccine were different. That is one reason there has been so much interest in developing different platforms for producing vaccines.

"New platforms are moving toward cell based vaccines since the flu virus doesn't seem to change as much in these systems. Our Southern Research Institute teams are providing preclinical testing support for several new vaccine initiatives using mammalian and plant cells, and for those that prove promising we will also offer safety testing and support to help move them toward clinical testing for FDA approval."

Growing flu vaccines in plant cells may seem unusual, but Westfall says the results he is seeing in a plant cell platform have been very positive.

"The cell platforms generate recombinant vaccines targeting proteins rather than the virus," he said. "They offer a very clean background without other components from fractionation that can create debris that might cause problems.

"Some of the plant platforms could also be multipurpose. In theory they could almost be plug and play to develop vaccines targeting other diseases.

"We are also working with platforms using recombinant mRNA. These are still in the earlier stages with more layers of work to be done, but this approach has a great deal of potential."

Another area of flu vaccine research that Westfall finds exciting is the idea of a universal flu vaccine.

"Most vaccines are aimed at a very specific strain of pathogen," he said. "A universal vaccine would target proteins common to several strains at a more basic level. The vaccines might be given like a tetanus shot that creates immunity for several years. If you have built an immunity to one strain, you would also be likely to be immune to a similar strain that might develop. There are several types of flu viruses, so you would likely need a set of vaccines rather than one, but wouldn't need a vaccination every year to get broad protection."

The movement toward more effective vaccines against a broader range of illnesses is picking up speed. A vaccine for malaria has been launched in east Africa, a vaccine against Ebola was developed after the most recent outbreak, and results from an HIV vaccine have been encouraging. The search for a more effective tuberculosis vaccine to counter resistant strains is ongoing, a herpes vaccine is making progress, and clinical trials using an old tuberculosis vaccines in type one diabetics to slow progression and in some cases reverse damage is showing exciting results.

Paul Goepfert, MD, director of the Alabama Vaccine Research Clinic at UAB, said, "Shingrix is a remarkable achievement and improvement from the older shingles vaccine (Zostavax). Not only is it safe to give to immunocompromised individuals, it also has higher rates of efficacy. The main weakness compared to the old vaccine is that it must be given twice."

The second dose of the new vaccine must be given between two and six months after the first. The new vaccine tends to be more reactive, with possible soreness, fever and other symptoms in some people for up to three days. However, it is showing much higher rates of effectiveness especially in older individuals who tend to have a less robust immune system. The effectiveness also seems to be sustained over a longer period of several years.

As exciting as advances in curing diseases can be, progress toward preventing them is perhaps even more encouraging. The recent surge in new vaccines is making a contribution in protecting health, preventing suffering, and helping people live longer lives.