The Providers Role in the New Medicare ID Transition 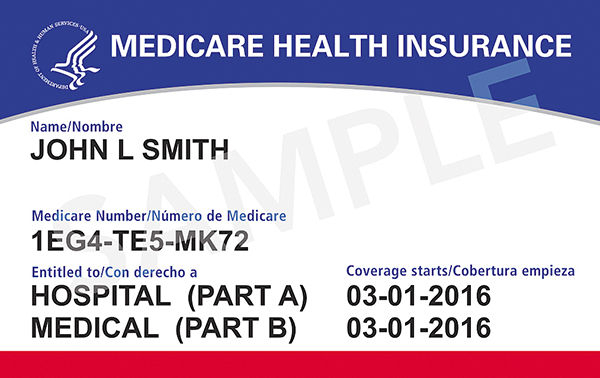 "The one thing doctors should be doing is making sure their patients have their address correct with Medicare," says Phillip Allen, billing service manager with MediSYS. "The patient won't get a new card if their address is not correct." This simple reminder could diminish ongoing problems for providers in the massive transition underway to distribute new Medicare ID numbers.

Since its inception in 1965, Medicare has used social security numbers to identify individuals. That will change this April. Due to a legislative mandate in MACRA (Medicare Access and CHIP Reauthorization Act) passed in 2015, a new randomly generated Medicare Beneficiary Identifier (MBI) will be assigned to all 58 million Medicare recipients.

"It is a big change," Allen says. "MACRA requires that social security numbers be removed to protect beneficiaries from social security number theft, identity theft, and illegal use of benefits." Which is why the gender and signature line will not be printed on the new Medicare cards either.

The cards will start arriving in recipients' mailboxes this April. Centers for Medicare and Medicaid (CMS) is shipping the cards out in phases based on geographical location over an entire year. "They are withholding details on purpose to guard against identity theft even in the transition," Allen says. "They're not specifying which regions they're sending to on which dates."

The MBI replaces the Health Insurance Claim Number (HICN) used for Medicare transactions like billing, eligibility status, and claim status. Whereas the HICN started with the 10-digit social security number and ended with a letter or two designating a policy type, the 11-digit MBI will contain both letters and numbers throughout, such as 1EG4-TE5-MK73.

The change also means secondary beneficiaries, such as admissible spouses, will be issued their own unique number. Under the current HICN system, those individuals share the primary beneficiaries' social security-based identifier.

To accommodate for the display, transmission, and processing of the alphanumeric MBI, providers may need to update any software that references that piece of data, such as their practice management and electronic health record (EHR) systems. "Look anywhere patient demographics are housed and wherever any kind of insurance info is housed or communicated," Allen says.

CMS has built in a lengthy transition period, keeping the current HICN number valid until January 1, 2020. Until then, providers can use either the HICN or the MBI in the same field where they have always put the HICN. But they should not submit both numbers on the same transaction. "You have well over a year and plenty of opportunities to get it changed," Allen says. "Medicare was smart in this case--a lengthy transition period and a lot of communication."

In addition, beginning October 2018 through the end of the transition period, when a provider uses an HICN to submit a Medicare fee-for-service claim, both the HICN and the MBI will be returned on the remittance advice.

The most pervasive problem for providers may simply be the lack of awareness among patients. "People get a lot of things in the mail, so this could be easy to overlook," Allen says. Providers can also note that if the address on file differs from the address on the electronic eligibility transaction responses, then they should ask the patient to contact Social Security and update their Medicare records.

To help providers spread the message about the upcoming new cards, CMS has printed flyers, tear-off cards, and posters about the change for practices to distribute to and display for patients.

"I would want to make sure I get the correct MBI info from the beneficiary and communicate that number as much as possible to anybody affected by that change," Allen says, referring to possible problems relaying information between vendors or doctors if they do not both use the same identifier for a patient.

Gathering the new MBI should be notably easier, though, now that physicians have become so used to changes in benefits for their patients. "With Medicare advantage plans and competition in the marketplace, doctors are used to changes in insurance," Allen says. "So I think they're a lot more used to getting insurance info at the front end every time the patient comes in."

"The positive aspect of the process is you have well over a year transition period, and you will have plenty of opportunities to make the change without worrying about denials," Allen says.