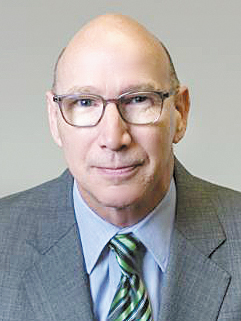 A historic run of low medical malpractice premiums continues across the U.S., including in Alabama. "Of the companies that have rates filed in Alabama, I haven't seen a change in rates in five to six years, but premiums include certain credits or adjustments that will vary by carrier" says Douglas Hughes, JD, and COO of Inspirien, a medical professional liability company covering Alabama.

According to the 2017 Medical Liability Monitor (MLM) Annual Rate Survey, the medical malpractice insurance industry's collective mature, base-rate premiums fell nationally by an overall average of 1.1 percent from the previous year. There was little difference among the three medical specialties surveyed. Premiums decreased one percent for obstetricians/gynecologists and general surgeons and 1.1 percent for internists.

Geographically, the survey revealed some slight variance. In the south, Texas and Virginia reported the greatest declines of three percent and 3.6 percent, respectively, while Florida, Georgia, and South Carolina increased by around one percent. Only the Northeast showed increased average rates.

Industry experts point to multiple changes in the healthcare field for the ongoing trend. Hospital systems and large group practices now tend to self-insure, which pressures carriers to reduce their rates to compete for a shrinking pool of independent physicians, cushioned by their ample cash reserves.

Hospitals seeking coverage through liability companies have also raised their deductibles to garner lower rates. It is no longer uncommon for a hospital or large practice to buy a $1,000,000 per claim coverage policy with a $ $100,000 or 250,000 deductible. "We have we seen movement in that direction across the board. I've seen the deductibles go to $750,000 per claim," Hughes says, adding that more hospitals are selecting the quarter-million-dollar option. "We didn't see that ten years ago. Then, they purchased first dollar coverage."

The large, six-figure deductibles partially stem from fewer claims. "Hospitals have worked hard on risk management and quality of care, and you do get a spillover effect of fewer claims," Hughes says. "That gives hospitals a higher degree of confidence that they are going to have fewer problems." That translates into feeling comfortable with the risk of higher deductibles in order to pay less to a carrier.

Data reported by Becker's Hospital Review using National Practitioner Data Bank information on 2015 claims, found Alabama ranked 10th for highest number of malpractice claims per 100,000 residents with a notable decrease of 56 percent from the year before.

"We have seen a decrease in claims, but not this year," Hughes says, referring to 2017. For the two prior years, claims dropped around 10 percent, but the projections point to a rise of five to seven percent for 2017. However, the lower number of malpractice claims across the U.S. has not necessarily been reflected in lower payouts. "Claims have been at a low frequency for several years, but when a claim makes it through the process of a trial and there is a plaintiff's verdict, the verdicts have been more severe."

According to the MLM survey, 14 percent of medical malpractice insurers surveyed reported an increase in claims topping $1,000,000. That higher payout could take its toll on premiums. "Many of us deal with Lloyd syndicates for excess coverage at various levels," Hughes says. "Large verdicts or settlements paid at those higher levels puts pressure on those carriers, and they will tighten their pricing. That increase is going to start working its way down."

Physicians and hospitals will have to wait to see the impact of that trickle down. "Overall, it may flatten out," Hughes says. "But sooner or later, the severity of the jury awards -- even if the frequency stays down -- is going to drive prices up."

The immediate future of malpractice premiums looks to remain static. "We're all still going to be here," Hughes says. But physicians and hospitals could be making different choices. "Those who practice really good medicine may hang on to more of their earnings and take the risk of higher deductibles."

With the continuing trend of fewer claims, physicians and hospitals will re-analyze their insurance numbers. They may choose to pay a lower premium, investing those savings to cover the higher deductible. Then in 25 years, at the end of their careers, they have what would have been spent on insurance payments in their own bank account instead. "With the squeeze on reimbursements and the increase in quality care, physicians and hospitals are willing to assume a higher level of their own risk because of their confidence level in how they deliver care."