The Battle over 340B 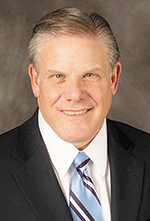 Last fall, the Centers for Medicare & Medicaid Services released the outpatient prospective payment system (OPPS) final rule that dramatically cut 340B drug payments to some hospitals. That decision set in motion a chain of events that led the American Hospital Association (AHA), America's Essential Hospitals and the Association of American Medical Colleges (AAMC) to file suit against the federal agency.

The 340B program was created by Congress as part of the Public Health Service Act in 1992 and signed into law by President George H.W. Bush to help expand access to life-saving prescription drugs for millions of vulnerable Americans. The program requires pharmaceutical manufacturers to provide front-end discounts on covered outpatient drugs purchased by hospitals that meet specific requirements, including disproportionate share and critical access hospitals, and certain non-hospital covered entities that receive federal funding including federally qualified health centers.

Registered participants in the program are eligible to purchase drugs at the average manufacturer price (AMP) minus the unit rebate amount (URA). The URA varies by drug classification, and ... as with most federal programs ... there are numerous rules and modifiers for specific situations and classes of drugs. However, the bottom line is that drugs available through the 340B program are significantly lower than normal retail or wholesale pricing. A 2015 Government Accountability Office report estimated 340B program participants save anywhere from 20-50 percent on covered pharmaceuticals.

According to the Health Resources and Services Administration (HRSA), which manages the program, the intent of the 340B program "is to allow certain providers to stretch scarce federal resources as far as possible to provide more care to more patients."

The stretching of those resources comes from Medicare Part B paying the same amount for covered drugs to both 340B and non-340B providers even though the 340B providers were able to obtain the drugs at a much lower cost. Any residual revenue generated from the difference in the discounted purchase price and standard reimbursement rate can be used by the covered entity, without restriction, to expand services to low-income patients, invest in capital improvements, expand the scope of services, provide patient transportation, help cover administrative costs ... or for any other purpose to help keep these typically cash-strapped facilities afloat.

On Nov. 13, 2017, AHA, America's Essential Hospitals, the AAMC and three hospitals filed suit against the Department of Health and Human Services in the U.S. District Court for the District of Columbia.

The CMS final rule reduces Medicare payments to certain public and non-profit hospitals for drugs purchased under the 340B program by nearly 30 percent, estimated to total $1.6 billion in cuts. While the stated intent of the policy was to curb high drug prices, the lawsuit noted the 340B program makes up less than 3 percent of the $457 billion in annual drug purchases in this country and is paid for by drug manufacturers through discounts at no cost to taxpayers. The plaintiffs argued the final rule is in violation of the Social Security Act "and, therefore, should be set aside under the Administrative Procedure Act as unlawful and in excess of the HHS Secretary's statutory authority."

"From its beginning, the 340B Drug Pricing Program has been critical in helping hospitals stretch scarce federal resources to enhance comprehensive patient services and access to care," Rick Pollack, president and CEO of the AHA, said upon announcing the lawsuit. "CMS's decision to cut Medicare payments for so many hospitals for drugs covered under the 340B program will dramatically threaten access to healthcare for many patients, including uninsured and other vulnerable populations." He added the goal of the lawsuit was to prevent those significant cuts from moving forward beginning Jan. 1, 2018.

As 2017 wound down, a federal judge ruled the timing wasn't right for the AHA lawsuit against CMS. U.S. District Judge Rudolph Contreras ruled CMS could move forward with $1.6 billion in planned cuts to the 340B federal drug discount program and that the plaintiffs should wait until the cuts were actually in effect to launch a legal challenge.

Citing the November lawsuit as premature, Contreras said the court concluded the suit lacked subject matter jurisdiction because "plaintiffs have failed to present any claim to the (HHS) Secretary for final decision as required by 42 U.S.C. § 405(g)" and dismissed the case on that basis. It should be noted, AHA officials said, that the judge did not rule on the merits of the plaintiffs' claim.

"We're disappointed by the court's decision, but undeterred in our efforts to protect low-income patients and their essential hospitals," said Bruce Siegel, MD, MPH, president and CEO of America's Essential Hospitals, in the aftermath of the judge's decision. "This terrible policy threatens access to care in our most underserved communities and undermines hospitals on which millions of Americans depend. It must not move forward."

Pollack added, "Making cuts to the program, like those CMS has put forward, will dramatically threaten access to healthcare for many communities with vulnerable patients. We are disappointed in this decision from the court and will continue our efforts in the courts and the Congress to reverse these significant cuts to the 340B program."

True to their word, the six plaintiffs in the 340B lawsuit formally notified the court on Jan. 9 of their intent to appeal the district court's Dec. 29 decision to dismiss the lawsuit. On Jan. 17, the AHA, AAMC and America's Essential Hospitals requested the U.S. Court of Appeals for the District of Columbia Circuit establish an expedited schedule for the appeal, ensuring completion of all briefing by no later than the beginning of April and a set date for oral arguments soon thereafter.

Shortly after the lawsuit was filed in mid-November, Reps. David McKinley (R-WV) and Mike Thompson (D-CA) introduced H.R. 4392, a bipartisan bill that would prevent a dramatic reduction in Medicare Part B payments for certain hospitals that participate in the 340B Drug Pricing Program. "The AHA thanks Representatives McKinley and Thompson for leading this bipartisan effort to protect patient care by preventing CMS from reducing Medicare Part B payments for some 340B hospitals," said AHA Executive Vice President Tom Nickels.

However, the AHA opposes H.R. 4710 - the 340B Protecting Access for the Underserved and Safety-Net Entities (PAUSE) Act. In a letter to the bill's sponsors, Nickels outlined several concerns including overly burdensome reporting requirements, aligning the 340B program eligibility with charity care levels (without regard to underpayment, bad debt attributable to low-income patients, unreimbursed Medicare expenses or the hospital's subsidization of high-cost essential services such as neonatal or burn units), and a two-year moratorium on adding certain hospitals and child sites to the 340B program.