The State of Senior Health 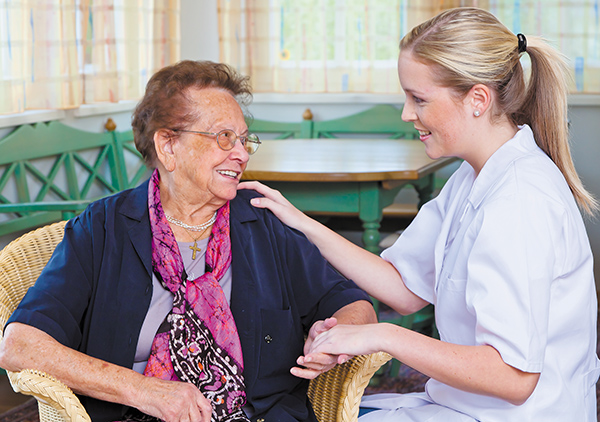 With the holidays just around the corner, many families will enjoy multigenerational gatherings. Not nearly as many will take the opportunity to discuss expectations and plans for the most senior members of the family ... but perhaps they should. 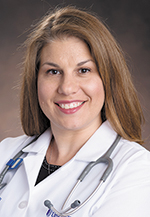 Since the first senior report was released in 2013, Randall said there have been decreases in hospital readmissions, deaths in the hospital, preventable hospitalizations, and less time in the intensive care unit during the last six months of life. Additionally, there has been an increase in the use of hospice care.

However, Randall continued, "We continue to see challenges in our lifestyle - in the choices we make around our health."

Despite receiving good clinical care once the system is accessed, a growing issue is the volume of individuals who require that access. "Not only are we seeing a higher percentage of people turning 65 with a chronic condition, but we're also seeing more people over age 65," Randall said of the country's demographic shift. In 2011, baby boomers began turning 65, and an average of 10,000 boomers celebrate the milestone birthday every day. By the time the last of the boomers hit retirement age in 2029, Pew Research Center projects 18 percent of the American population will be 65 or older.

While the sheer volume of seniors could strain the delivery system, Randall said social determinants of health add to that burden. In creating the annual "America's Health Rankings®" and subsequent senior report, UnitedHealth Foundation uses the World Health Organization definition of health: "Health is a state of complete physical, mental, and social wellbeing and not merely the absence of disease or infirmity." Therefore, the UnitedHealth reports consider 34 measures including the impact of behaviors, policy, and community and environment, in addition to clinical care, to assess health outcomes.

"Obesity increased by 9 percent from the 2013 edition," Randall said of the 27.6 percent of adults 65 and older who now fit the criteria. "Food insecurity increased by 16 percent over the last five years." Additionally, she noted, data from the U.S. Department of Agriculture shows there has been a decrease in SNAP reach, which has gone down by 7 percent over the last two years for adults 60 and older living in poverty.

Similar to other health rankings, the Southeast was once again well represented at the bottom with Georgia (41), Alabama (43), Tennessee (44), Arkansas (46), Louisiana (47), Kentucky (49) and Mississippi (50) making up seven of the last 10. Higher rates of physical inactivity and smoking were a common thread among states at the bottom. On the other end of the scale, the five healthiest states for seniors were Minnesota, Utah, Hawaii, Colorado and New Hampshire.

Randall was quick to say, "Every state, no matter where it's ranked, has areas it should be proud of and areas where there is room for improvement." She noted, "There's no silver bullet to being ranked high on this list, but I can tell you the states that tend to rank highest on the list have a tendency to also rank very high in individual behaviors."

In addition to behavioral factors, environment and policy supports also have a major impact in how well seniors fare. Within the category of community and environment, the report looked at six key measures, including giving back.

"We look at volunteerism," Randall said. "It's a proxy for purpose. We know that has a lot of positive effects on aging," she continued of staying plugged into the community. Research has shown seniors with a reason to get up and do good typically have fewer depressive symptoms, better cognitive performance, higher activity levels and better mental wellbeing. Higher rates of volunteerism have also been associated with lower rates of mortality and heart disease.

"Another call to action, I think, is around home-delivered meals," Randall said of a measure where the large majority of states have room to improve. "That can be a significant benefit to the senior community," she continued, adding a stable source of nutrition is a key factor in being able to age in place. The 2017 report stated that increasing the number of seniors receiving home-delivered meals by 1 percent in each state has a projected cost savings of $109 million to Medicaid programs.

Randall said the annual report is intended to be put to use by providers, policymakers and community representatives at a local, state and national level. "It's definitely meant to be a call to action," she said. Randall encouraged stakeholders to go online to americashealthrankings.org and click on the 2017 senior report to take a deeper dive on specific measures to foster dialogue about what is working and where there is need to improve on behalf seniors.