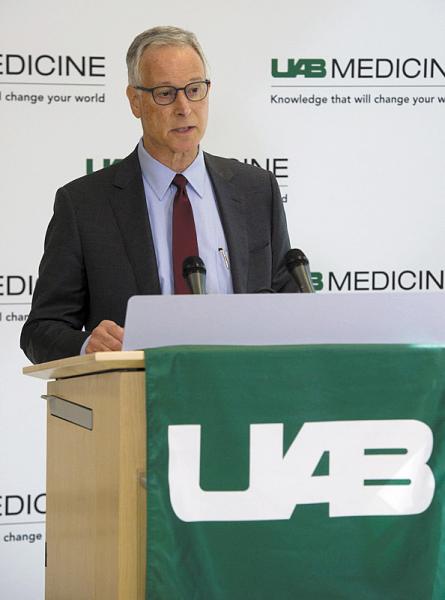 he Alabama Genomic Health Initiative, one of the nation's first statewide efforts to use genomic analysis to identify those at risk of genetic diseases, has moved into recruitment at UAB clinics in Birmingham.

HudsonAlpha Institute for Biotechnology, in cooperation with the UAB School of Medicine and the University of Mississippi Medical Center, has also been awarded a $10 million NIH grant to investigate how genome sequencing can help with the diagnosis of babies with birth defects and genetics disorders.

In the early history of the United States, immigrants from different parts of the world tended to settle in different regions, creating subtle differences in gene pools. Scandinavians tended to settle in the northern midwest; eastern European, Jewish and Italian populations made their homes along the northeastern coast; while Scottish settlers arrived in the Carolinas and made their way to northeast Alabama, joining Native Americans and English, French and African American populations to the south. Subsequent waves of immigrants from all over the world continue to add to Alabama's unique gene pool.

A better understanding of the specific risks for inherited disorders within this gene pool, as opposed to incidence within a broader nationwide population, could help improve health in Alabama.

That is why the Alabama legislature appropriated $2 million to fund the Alabama Genomic Health Initiative (AGHI), which is being conducted as a cooperative effort between UAB and HudsonAlpha. A pilot project recruiting the first 100 participants to fine-tune informed consent procedures, educational materials, and privacy measures was completed in May.

"We have opened recruitment locations at the Kirkland Clinic and Medical Towers in Birmingham, and we hope to enroll 2,000 participants the first year. Over the next five years, we will open new locations around the state and hope to analyze the genomes of more than 10,000 volunteers, including people from every county in Alabama," UAB medical geneticist Anna Hurst, MD, said.

Bruce Korf, MD, PhD, chair of the UAB Department of Genetics and co-director of the AGHI, said "This project will result in immediate health benefits to some participants, and in the long term will help to address problems of chronic disease and rising health care costs in the state. It will also position Alabama as a leader at the forefront of 21st century medicine." 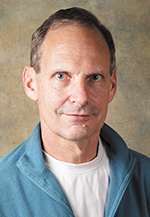 Greg Barsh, PhD, faculty investigator at HudsonAlpha and co-director of the AGHI, said "The AGHI could lead to identification of new genetic diseases and treatments. Researchers working on finding cures to conditions like diabetes, heart disease, epilepsy and cancer will be able to utilize knowledge from these data to identify genetic factors that predispose people to these diseases as well as rare disorders."

Volunteering for the study requires only about thirty minutes, which includes a briefing about AGHI by a patient navigator and a simple blood draw to collect DNA.

"The genotyping array test will assess around 650,000 genomic biomarkers. It will particularly look for variants in 59 'actionable' genes known to contribute to diseases and for which there is a potential for treatment," Hurst said. "There is no cost to participants, and they can choose whether or not to be notified if a genetic risk is identified. If so, genetic counseling is in place, and we can guide them to preventive treatment as needed."

The actionable genes targeted include BRCA1 and BRCA2, which are associated with a genetic risk of breast and ovarian cancer. The list will change over time, as new genes are recognized that can lead to improvements in medical care for an individual being tested.

Some participants with signs of a genetic condition of undetermined origin will receive a more extensive evaluation using whole genome sequencing. All of the genetic information of consenting participants will be saved in a database for research use.

The second genomic initiative partnering UAB and HudsonAlpha will start in neonatal units. The $10 million NIH grant for the "Clinical Sequencing Across Communities in the Deep South" project is part of a network of nationwide sites called the Clinical Sequencing Evidence-Generating Research Consortium, or CSER2. It will enroll infants with birth defects or other signs suggestive of a genetic disorder.

"A major goal of CSER2 is to try to empower non-genetics trained health professionals to explain the results of genomic testing to families," Korf said. "Because of a shortage of trained medical geneticists, we need new paradigms in order to provide the benefits of genomic testing to more patients. The need is especially acute in our underserved populations."

The CSER2 clinical sites include Birmingham and Jackson, Mississippi. "These regional partnerships improve our ability to help children by providing a genetic diagnosis as early as possible," said Barsh, who brings 20 years of experience as a medical geneticist to the CSER2 team.

CSER2 grants have been awarded to six clinical sites, including a coordinating center, all with a goal of recruiting at least 60 percent of participants from diverse or underserved settings.