Proposed Changes to MIPS Are Tame this Year 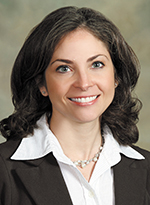 "The new changes in the 2018 reporting period are actually not terribly drastic," says Joni Wyatt, MHA, MHIA, CPHIMS, FHIMSS, with Kassouf & Co about the Merit-based Incentive Payment System (MIPS). "CMS is trying to move slowly and not scare physicians away from participating."

2018 marks the second year of the program, which was implemented by CMS and changes how physicians will be reimbursed for Medicare claims. These first two years focus solely on gathering data which will determine a score for each physician. That score, based on a comparison with peers, may set their reimbursement rate. Data gathered next year will determine the score for 2020.

The proposed changes to MIPS for next year will come as a relief to physicians after this year's tumultuous start. "CMS tried to keep what worked and take comments on how to change the parts that were difficult to accomplish," Wyatt says.

The biggest change is the drop in the threshold for exemption from MIPS. Last year, physicians were exempt if they had allowable Medicare Part B charges totaling less than $30,000 and fewer than 100 unique Part B patients. For 2018, that proposed threshold more than doubles to less than $90,000 in allowable charges and fewer than 200 patients.

The outcome presents a double-edged sword for the approximately 36,000 physicians in the U.S. who fit the new conditions. "Providers that have invested in the process and the tech in order to participate in MIPS might be disappointed if they no longer meet the requirements and are not eligible for incentive money," Wyatt says.

However, those physicians who chose not to participate in MIPS this year and now match the new criteria will ultimately get a reprieve from the mandatory penalty to their Medicare reimbursements. They will still be hit with the four percent penalty throughout 2019 on their Medicare claims. "But a lot of those providers didn't participate in Meaningful Use (MU) or PQRS, so they may have been experiencing penalties well above five percent already," Wyatt says. MU and PQRS are the outgoing reimbursement programs from CMS. "So a four percent penalty under MIPS is basically a raise."

But starting in 2020 under the proposed higher threshold, the additional qualifying nonparticipants would be deemed exempt from MIPS and drop to zero penalty. "So they're still better off if they have invested nothing and they're ultimately without penalty," Wyatt says. "If they do not meet exemption, the nonparticipants in 2018 will be assessed a five percent penalty in 2020.

"I think you can see why the participating providers who invested and now fall below the threshold might be disheartened," Wyatt says. "Because they've done everything they're supposed to do, but may not get the benefits from it."

Physicians hindered in the MIPS scoring system by smaller patient populations could see another beneficial change in 2018. CMS will allow any combination of solo providers and physician groups of less than 10 (under the same tax ID number) to a form virtual group

The virtual group bolsters patient populations which can raise a physician's score in some MIPS measures. "If you don't have the minimum patients for a particular measure, you'll max out at three points," Wyatt says. "An average score of three points per measure is low and will likely result in a very insignificant increase on Medicare claims; whereas as part of a virtual group, your patient population is combined and you're able to compete for a higher score.

"We could write a book on MIPS strategies. It's unfortunate that, while MIPS is meant to reflect a physician's performance, in some ways it only reflects a physician's ability to capture data. In essence, it's like knowing how to take a test versus really knowing the material."

One of the biggest complaints from physicians about MIPS revolves around the lack of credit for treating the sickest patients. The 2018 changes propose a Complex Patient Bonus to compensate. Physicians could be awarded up to three points on their final score based on their average Hierarchical Conditions Category. "Essentially it's a risk adjuster that is driven by diagnosis codes," Wyatt says. "So in 2018, the key is to use specific diagnosis codes to clearly identify the burden of illness for your patient population."

Other proposed changes include an improvement award based on increases in the quality measure scores from 2017 to 2018. "It could be worth up to 10 points additionally in that category," Wyatt says.

Practices with fewer physicians could also automatically accrue points. "MIPS has disproportionately affected smaller practices with its demand for resources of both money and staff to implement it," she says. "CMS is trying to help these smaller groups out."

These proposed changes may still be altered. The final ruling could come out as early as October, but CMS has until December 31 to release additional changes. "Historically, we've not had a single year where they have not made a change in the final ruling to the performance period, hardships, exemptions, or penalties," Wyatt says. "There always seems to be last minute exceptions and changes with MIPS, so it's important to keep up."

For the latest information straight from CMS, visit qpp.cms.gov.