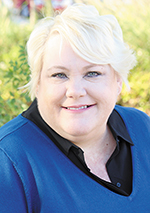 The annual update in ICD-10 diagnostic coding went into effect this month with 363 new codes, 142 deleted codes, and 250 codes with revised definitions. "Last year, we had thousands of changes," says Tammie R. Olson, CPC, CPCO, with Management Resource Group. "700 is not a lot when you consider that ICD-10-CM totals over 69,000 codes. I'm surprised we didn't have more."

Most of the changes relate to definition. "They added specificity," Olson says. "Substance abuse remission can now be coded as mild, moderate or severe. Non-pressure ulcer codes can pinpoint location. They just added to the existing code set to give you more options." The same holds with identifying the quadrant for an unspecified lump in the breast or specifying in a pregnancy code whether a problem resides on the left or right side.

Myocardial infarction became its own category. "They include a new specific action for type 2," Olson says, adding that pulmonary hypertension now offers coding to better define the cause. 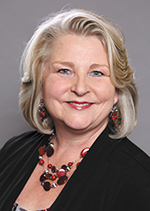 "Too many will look at the list of new codes and won't look at the guidelines that go with them," says Kim Huey with KGG Coding and Reimbursement Consulting. Authored by the Centers for Disease Control (CDC) who edits the U.S. version of ICD-10 diagnostic codes, the coding handbooks arrive with the previous year's guidelines. To find the current guidelines, physicians need to visit www.cdc.gov.

EHRs are also unreliable in correctly interpreting the subtleties of the guidelines. For example, a patient with diabetes and myopathy is now one code, though both codes still exist as separate diagnosis. "But the EHR won't lead you there," Huey says. The software generally provides a list of coding options, but not the guidelines on choosing the most accurate one.

Accuracy is now crucial for attaining the highest reimbursement rating. "For instance, under Alzheimer's, there used to be one code for Alzheimer's patients with behavioral disturbances," Huey says. "Now there are two; one for Alzheimer's and one that specifies behavioral issues. If you're not coding correctly for every diagnoses that's appropriate for that patient, then you're losing value, because payers are measuring your cost of care with that patient's severity of illness."

A similar situation falls under pregnancy coding. "There is a guideline that if the patient is pregnant, anything she has is assumed to be a pregnancy complication, unless the doctor specifies that it's not," Huey says. "This makes a difference is in the quality payment programs, because if you're not coding correctly, then you're missing out on showing how sick that patient really is." That will play a significant role in determining a physician's score in CMS reimbursements.

ICD-10 also helps physicians better define why a patient's treatment may not be effective. "I call these physicians' frustration reliever codes," Huey says. In ICD-9, one code covered all the reasons a patient may be blocking their treatment's success.

In ICD-10, codes now specify that a patient is not taking meds as prescribed and the reason, such as he cannot afford them, refuses to take them, or cannot remember to take them. "And I'm encouraging physicians to use these codes whenever they can, because they're being judged now on cost of care versus quality, and if a physician is doing everything she can, this shows that the patient is not doing his part," Huey says, adding that physicians have been hesitant to use these in the past. "But if we're being judged on this, we need to show every reason that that care is being affected beyond our control."

For help using all the codes, Huey suggests the quarterly, on-line newsletter "Coding Clinic." This is published by the American Hospital Association which, along with three other entities, has the authority over physician coding. "A lot of physicians don't know this publication exists," she says. It answers questions like how to code if a patient smokes. "Because there is one for use and for tobacco dependence. But if you look it up in the coding handbook under smoking, there's nothing there. This pub answers things that aren't completely evident." For a subscription, visit www.ahacentraloffice.org.