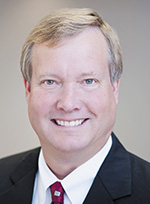 The Centers for Medicare & Medicaid Services (CMS) unveiled a new protocol this year that shifts the focus from punitive to educational in terms of proper coding of Medicare claims. To replace the Recover Audit Contractor (RAC) system in which contractors reviewed 100 to 200 claims, the modified sample size will be reduced to 20 to 40 claims under the new Targeted Probe and Educate Medical Review Strategy (TPE), which went into effect in July.

Under the RAC system, auditors reviewed claims to determine if they were paid appropriately, and if not, demanded the funds back. Even relatively minor medical coding errors would cause claims to be denied. "RAC was more about punishing than teaching," Buzz Coons, director of Healthcare Services for Pearce, Bevill, Leesburg, Moore, says. "Some of our clients had to hire lawyers and spend thousands of dollars to fight this thing. Consultants were telling physicians they were billing correctly - the documentation may have been light, but the billing was correct. In actuality, we needed to help them understand how to bill."

"Not every patient is the same, and the auditors examining the charts were not trained as physicians," Coons says. "They were trying to determine if the right medical decision was made simply by looking at a chart of paperwork. It was a costly procedure that made the system much more complicated and stressful for physicians."

All that changed this year with the introduction of the new secretary of Health and Human Services, Dr. Tom Price, a 63-year-old orthopedic surgeon. In his own practice, Price ordered durable medical equipment and high-cost procedures that auditors tend to scrutinize for cost effectiveness.

"Dr. Price has experienced these situations," Coons said. "He is more sympathetic to what physicians go through and wants to help solve problems."

In his drive for solutions, Price created Targeted Probe and Education (TPE) to replace the RAC system.

"In this system, the auditors are not out for blood," Price said. "They are out to train."

Under the new guidelines, if an auditor finds problems, the recourse is to educate the practice on the findings and how to re-code files to become compliant. Then the physician is given 45 days or longer to address issues before the auditor returns to assess another 30 to 40 claims. If those are found to be compliant, the physician won't experience another audit for at least one year.

The new system, basically a three-strike approach, reduces stress on physicians and leads to long-term compliance.

"After round one or two, my clients will be compliant," Coons said. "I think everyone is going to do a great job. If someone is not complaint after round three, the auditor will refer back to CMS to decide what to do."

When appointed head of HHS in February, Price summed up the problem by saying people make errors (in billing and coding), and errors can be corrected. Those who are trying to cheat the system will face repercussions, while honest errors will be fixed. That straightforward approach will eliminate a financial burden in terms of manpower hours spent defending legitimate claims.

"Physicians I work with are very positive about the change," Coons said. "With the new TPE audits, it's a learning experience. I think it's absolutely perfect with an orthopedic surgeon running the system. Obviously, we know orthopedic specialists are not doing unnecessary surgeries, but they do utilize the healthcare system more than some others do. Now we have a guy who is head of HHS who was probably scared himself of these audits when he was practicing."

The bottom line, Coons says, is that after a practice is penalized for a coding error, they may or may not learn from the experience, but if someone is assigned to educate the practice, the trickle-down effect will solve problems for years.

"Once you train a physician and they build a system to comply, it will carry over into the practice long after the TPE occurred," Coons says.