The Rise of Prior Authorizations 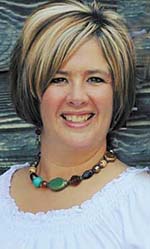 There are better things we could do for patient care than spending hours chasing down a prior authorization," says Jennifer Neal, administrator with Pulmonary and Sleep Associates in Birmingham. Last year, 86 percent of medical practices reported an increase in prior authorization requirements (PAs) by insurers, according to over a thousand practice managers surveyed by the Medical Group Management Association. Only three percent saw a decrease.

Insurers, such as Medicare and Blue Cross Blue Advantage Plans, send out lists throughout the year of medications, supplies or treatments that will require approval of a PA before being covered. These requirements for pre-approval are escalating.

In the last two years, over 80 percent of practices reported an increase in PAs. Even as far back as 2013, almost one-fourth of prescription drugs required a PA across all Medicare Part D plans, according to a NORC/Social & Scientific Systems analysis of CMS data.

"It's frustrating, but necessary, because it's insurance mandated," says Holleigh Seales, practice manager at PainSouth. They submit at least five PAs a day. "We want our patients to have the medications they need and we have to do our part, and that now includes prior authorizations."

Some PAs are also requested by the physician to bypass the insurer's particular treatment path for a condition. For instance, a dermatologist may want to prescribe calcipotriene for psoriasis. But unless the insurer grants the physician's PA request, "you have to try these lesser two creams first that the doctor knows won't work for you," says Erin Fisher, practice administrator at Shelby Dermatology in Alabaster and Aesthetic Dermatology in Birmingham.

Botox treatment for excessive sweating falls into the same situation, forcing patients to endure two other treatments first. Neither tends to work as well and can have intolerable side effects. The cream can sting and produce rashes. "The pill has a very common adverse reaction of drying the mouth really bad," says Barbara Cone, head nurse at Shelby Dermatology. "Some people cannot really tolerate that, especially because of other drugs they may be taking." But Botox injections work 98 percent of the time with no side effects.

"Every quarter, the formularies change," Neal says, because pharmaceutical companies adjust their pricing every three months which triggers insurers to change the list of drugs that need pre-approval. "So if we have a patient on an inhaler that makes the new list, they may go to pick up their refill and find the price has jumped to $300." Then the practice has to do a PA or switch the patient to something covered under the recent changes.

During these quarterly changes, Neal's staff fills out an average of 10 PAs per day. "Most of the time, though, they're approved, because we know the drugs that aren't going to be," Neal says.

In dermatology, the process of requiring prior authorizations, especially on the Advantage Plans that supplement Medicare, inhibits routine care physicians could provide in a few minutes. "We have to obtain prior authorization for an elderly patient who needs to have a skin tag or suspicious mole removed--something as simple as that--so we can't treat them that day," Fisher says.

Ten years ago, dermatologists averaged a few PAs a week. "Now we employ an additional staff member for this full-time," Fisher says.

Clinics can find help with the growing demand for PAs from often untapped sources. "Some practices look at them as a nuisance, but if you're working with drug reps on PAs, it really does help," Fisher says. Drug reps, along with specialty pharmacies, will often lend a hand with prior authorizations required for their drugs or find coupon cards or other aid sources.

For patients on state or federal programs, pharmaceutical copay assistance coupons can be found for some medications. "Some companies will give a lower rate on their meds or even offer it free for a year," Neal says, who looks for coupons online at needymeds.com.

"Prior authorizations are leading to bad choices for our patients," Fisher says. "And they do not necessarily save on healthcare costs either."

For example, PAs became required a year ago for photodynamic therapy, which treats large areas on the skin for cancerous and pre-cancerous lesions. The alternative is for dermatologists to freeze spots one at a time. "But the photodynamic treatment costs less," Cone says. "And the patient gets a lot more benefit, because it treats the microscopic spots you can't see with the eye."

Currently, appeals are the only method for overcoming denials of prior authorizations. But that process appears to rely more on protocol then medical assessment. 75 percent of Shelby Dermatology's appeals are denied. "Some insurers have non-physicians writing denials," Fisher says. "You don't reach a peer-to-peer review until you go through all the other denials and reach their medical board."

The swelling of pre-authorizations by insurers continues to impede on physicians defining patient care. "We need to remember that our doctors are trained experts" Fisher says.

"I've heard that some offices are starting to charge the patients to complete the PA," Neal says. "Yes, it takes extra time and phone calls, but we just push through. We'll handle this as long as we can."