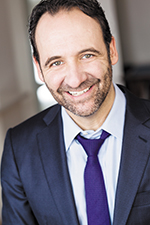 Dr. Jess Shatkin, NYU professor of Child & Adolescent Psychiatry and Pediatrics and author of the upcoming book 'Born to be Wild.'

The Truman Show, a satirical 1998 film, followed the everyday life of fictional character Truman Burbank as he grew up in front of millions as the unwitting and unsuspecting 'star' of a television program.

When the film debuted, reality television was still in its infancy. While there had been a few shows over the years depicting clips of police stings or funny videos, Jersey Shore and Keeping Up with the Kardashians were still several years away, and Facebook, Twitter and Instagram were unknown commodities.

Today's teens have grown up as conscious actors in their own reality shows with carefully cultivated selfies and no detail too small to share and like. Yet, the unrelenting access comes with its own pitfalls where cyberbullying can quickly escalate, and it's all too easy to believe everyone else's life is picture perfect.

Jess. P. Shatkin, MD, MPH, a member expert of the American Academy of Child and Adolescent Psychiatry, noted growing up in a digital age is very different than what parents and providers experienced in their own adolescent years. Whether because of more stressors, improved diagnostics or a combination of both, adolescent depression and anxiety are on the rise.

"Most of our studies suggest that about 15-17 percent of kids will have had a major depressive episode by the time they hit 18," said Shatkin, professor of Child & Adolescent Psychiatry and Pediatrics at New York University and vice chair of Education for the NYU Child Study Center.

"Almost a third - 32 percent - of adolescents between 14 and 18 will meet DSM (Diagnostic and Statistical Manual of Mental Disorders) criteria for an anxiety disorder," he continued. "Depression is high, but it looks like anxiety is higher ... and both are troubling." 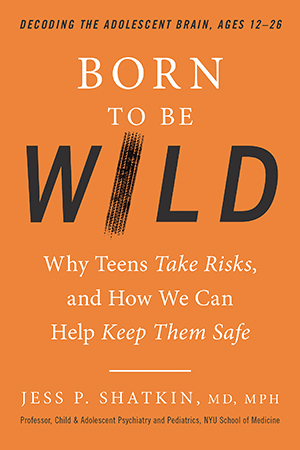 Shatkin said depression and anxiety have increased with each successive generation since behavioral health professionals began monitoring such statistics at the end of World War II. While he was quick to say data on the effects of social media is still emerging, he noted the larger the audience to witness mistakes and failures, the worse kids are going to feel about those missteps. "We know now that the brain's pain sensors not only respond to physical pain but also to emotional pain," he explained.

Shatkin said teens taking risk is part of the natural evolutionary order. For millions of years, he noted, the young utilized their strength, energy, speed and fearlessness to hunt and stay up all night to protect the village from wild animals and other dangers.

"Our brains and our bodies evolve much more slowly than our society is moving," he said of those ingrained risk-taking behaviors necessary for surviving in the wild but not required in today's modern world. Additionally, Shatkin said societal changes are now happening much more rapidly. "Kids have the opportunity to be exposed to a lot more than they ever have before," he pointed out.

Shatkin - author of the forthcoming book "Born to Be Wild: Why Teens Take Risks, and How We Can Help Keep Them Safe," which comes out in early October - explained the adolescent paradox is that despite great strength, teens are also incredibly vulnerable. That hardwired risk-taking coupled with frontal lobes that are still developing can lead to unsafe behaviors that have real-world consequences without the maturity to fully discern the range of outcomes.

For example, he continued, "We need to teach our kids media literacy." Shatkin pointed out how many commercials, television programs and videos sell sex or glorify risky behaviors. "Companies have a right to do it, but we should teach our kids to be savvy," he stated. "Technology is here to stay," Shatkin continued. "We've given our kids this great opportunity, but it's like putting kids in a swimming pool with sharks. We have to learn to limit it."

Although it's never too late to talk to teenage patients about safe behaviors, introducing guardians to evidence-based parenting strategies while children are still young has proven to be most effective.

"We know that certain types of parenting work better than others," pointed out Shatkin. He added providers play a critical role in presenting and reinforcing these concepts.

Clinical and developmental psychologist Diana Baumrind outlined three basic types of parenting - authoritarian, authoritative and overly permissive. Shatkin said evidence over time has shown authoritative parenting ... the midpoint between overly strict and no rules ... produces the best results not only in young children but as those kids grow into teens and begin spending more time with friends.

Shatkin said authoritative parents are supportive but also set strong limits. They are warm and affectionate but not overly permissive, use effective communication tools, and try to 'catch' their children being good.

"Fewer than one in five of our parenting commands should be negative," Shatkin said. "If there's one thing we know about kids, and people in general, it's that we're motivated by reward ... and never is that more true than during our teen and early adult years because of high levels of dopamine," he explained.

While rewards for meeting or exceeding behavior standards are most effective, Shatkin said that doesn't mean privileges can't be taken away when needed. The ubiquitous phone offers both carrot and stick. First, he said parents should be very clear when presenting a child with a phone what the expectations and limitations are. "The phone is a reward so you set it up as a reward," Shatkin said of advice to share with parents. He added it should be clearly communicated that having a phone is a privilege that the adolescent must continue to earn, or it can be taken away for a period of time. However, he continued, it's most effective if the period is relatively brief and if children have a way to earn back the privilege.

Shatkin said if a phone or other privilege is taken away for more than a day, kids forget the 'why' of the punishment and just think parents are just being mean, which diminishes the impact of the lesson. "Use these as teasers to get them to the zone where you want them to be," he said of taking away privileges.

Pediatricians and other primary care providers are often a first line of defense for young patients feeling anxious or experiencing depression. Shatkin encouraged providers to reach out routinely to parents and patients to see if there are any red flags that should be addressed.

Warning signals include a persistent change in mood, crying or tearfulness, changes in sleep patterns or complaints of not being able to sleep, hanging out with a new group of friends not known to parents, no longer engaging in activities or with people they used to enjoy, expressions of anxiousness, physical changes like weight loss/gain or appearing 'spaced out,' and slipping grades. "If a parent is concerned ... if a pediatrician feels out of their depth ... then absolutely get a consultation with someone trained in child and adolescent psychiatry," said Shatkin.

He praised the movement toward colocation with primary care and behavioral health providers under one roof. However, he also said the increasing need to address emotional and behavioral issues has been coupled with a shortage of child psychiatrists. "From a mental health perspective, there's a huge workforce issue," Shatkin noted. He advocated for providing physicians, nurses and therapists with a better grounding in diagnosis and treatment of mental health issues.

"The earlier we intervene, the better kids do," said Shatkin. "We need to catch more in the primary care office."